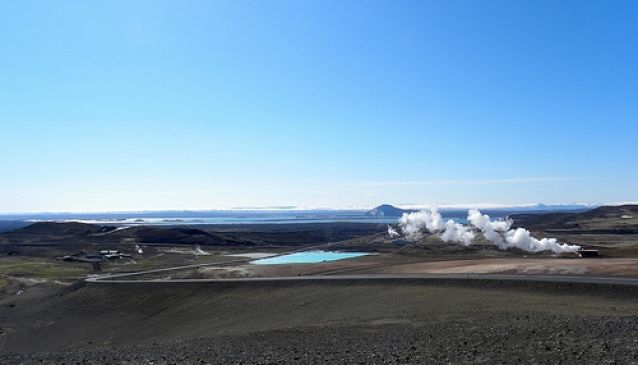 The Mývatn basin comprises of interesting volcanic and geothermal features, however its centrepiece is the Mývatn lake itself. Attracting a strong interest, Mývatn is Iceland's fourth largest lake, being 37km2 in area. With a depth of only 2.5m, the shallow eutrophic lake sits squarely on the Mid-Atlantic Ridge in an area of active volcanism. Not far from the Krafla volcano, the lake contains over 50 islands and islets, mostly formed from molten lava that flowed into the lake. The lake is considered to also be one of the best places for birdwatching in Iceland, with an exceptionally rich fauna of waterbirds and general birdlife on and around the lake.

The lake was created by a large basaltic lava eruption some 2,300 years ago and is surrounded by volcanic landforms, including lava pillars and pseudocraters. The name Mývatn is sometimes used for the surrounding area as well as the lake, with attractions of the surrounding area including Hverir hotsprings and Mývatn Nature Bath. A marathon takes place around the lake every summer and the lake is protected as a nature reserve. 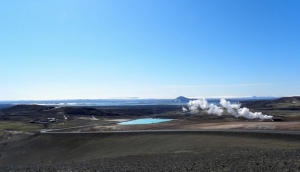