Gljufrasteinn is built on the banks of the river Kaldakvisl and the surroundings are beautiful. Take a walk in Mosfellsdalur after a tour of the museum.

Halldor Kiljan Laxness is arguably the most famous Icelandic writer of all time, and the only Icelander to have won a Nobel Prize, which he received for literature in 1955. Throughout his career, Halldor Laxness wrote potetry, newspaper articles, plays, travelogues, short stories and novels. His impressive career begun when he published his first novel in 1919, only seventeen years old at the time. He lived abroad from time to time, but he mainly lived in Gljufrasteinn, Mosfellssveit from 1945 until he passed away in 1998.

Gljufrasteinn was built in 1945, designed by architect Agust Palsson. Halldor wanted the house to be inspired by the country, yet modern and free of all frippery. A garage was built next to the house and was considered to be a regular novelty in Mosfellssveit at the time. A pool was built as well in 1960. Gljufrasteinn was always popular by guests, and foreign sovereigns would often stop by there on their way to Thingvellir national park. In the fourties Halldor threw a concert in the living room where many world famous artists performed for guests.

The first stop for visitors to Gljufrasteinn is the reception, where a multimedia presentation about the life and work of Halldor Laxness is on show. The presentation is shown in a touch screen in Icelandic, English and Swedish. His life and work reflect the cultural, political and intellectual movements that shook the world. The tale of his life is told against the backround of the major events in Icelandic and world history, illustrated with photographs and video footage.

You can go for a walk in the garden at Gljufrasteinn, as it's open to the public. A number of pleasant walks can be enjoyed in the vicinity. Halldor Laxness himself spent long periods walking in the Gljufrasteinn area, the beautiful Mosfellssveit. It doesn't take long to get to Gljufrasteinn from Reykjavik. Taking the road 1 to Mosfellsbaer, just beyond the town limits, you turn right into Mosfellsdalur and you'll be able to find Gljufrasteinn 4.5 km down the road on your right side. It's a white house in the hill.

Get closer to understanding Halldor Laxness, familiarize yourself further with his life and work by walking in his footsteps. 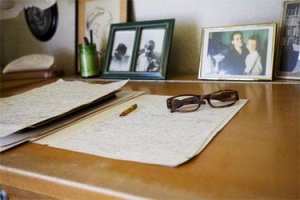 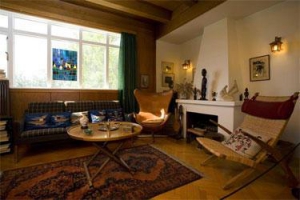 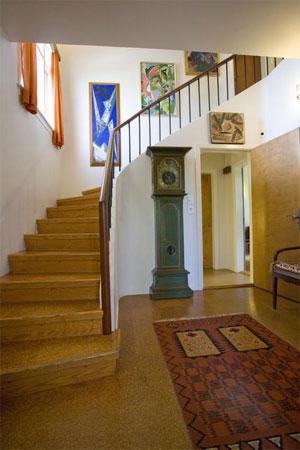 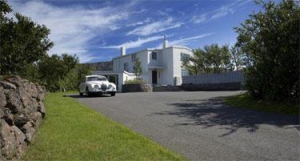 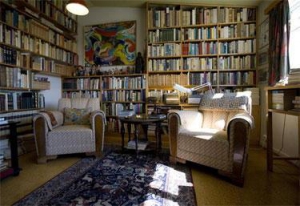 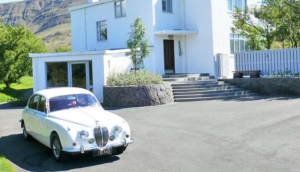 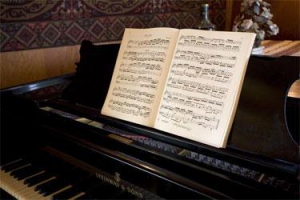