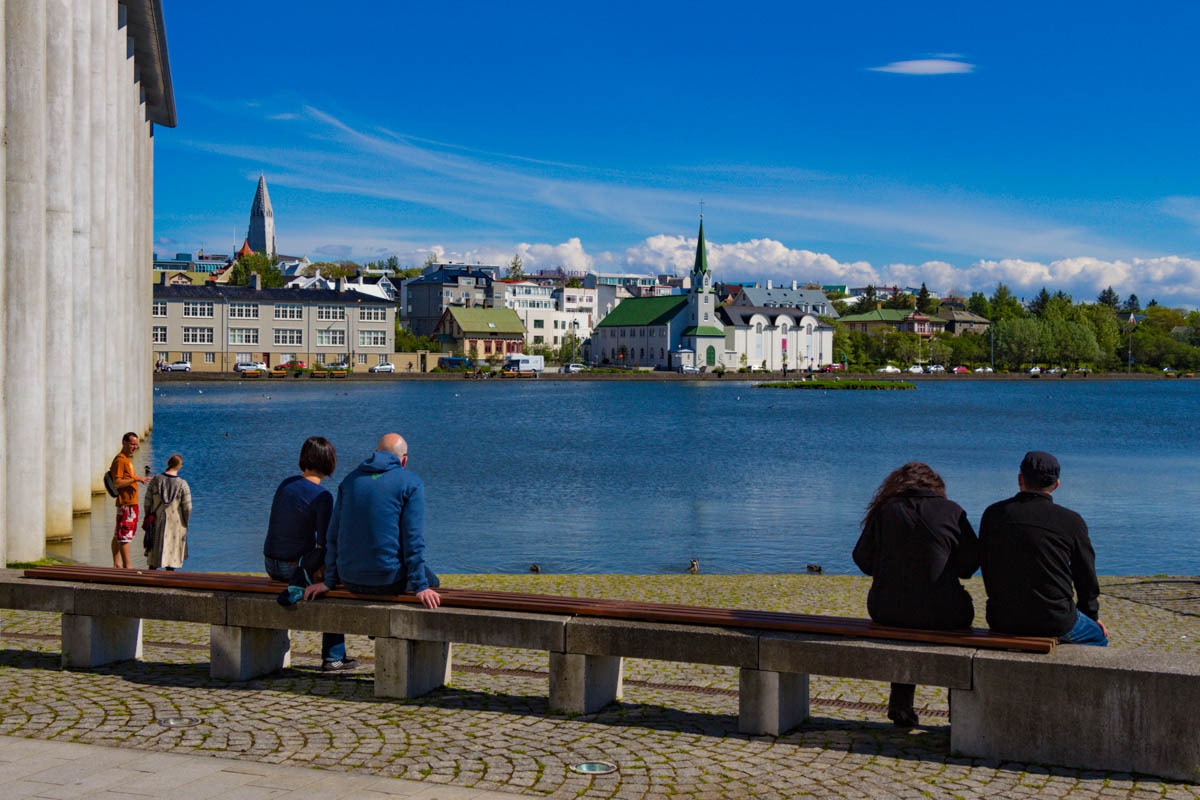 Reykjavik is the capital and largest city of Iceland. It is near the international airport in Keflavik, so most travellers at least pass through there. ReykjavÃ­k is located in Southwestern Iceland, which can be divided into 5 sections, the North, the South, the East and the West, as well as the West Fjords. Iceland is quite large, so if you are planning to travel here, take note that although you can day trip from Reykjavik and see one thing in another part of the country, if you're seeing two or more things you probably want to stay overnight.

The population of ReykjavÃ­k is around 120.000, with over 200.000 in the greater Reykjavik area. This means that 2/3rds of the population of Iceland lives in the capital city area. Reykjavik is the heart and soul of Iceland. Iceland was found by Ingolfur Arnarson in the year 871, and his first permanent settlement was in fact Reykjavik. According to the book of settlement, he cast his high seat pillars into the ocean when he saw the coastline, and settled where the pillars came to shore. The name "Reykjavik" loosely translates to "Smoke Cove", since one of the first things Ingolfur saw in Reykjavik was steam from the hot springs in the region.

Seasons in the Sun

Despite the name of the country, Reykjavik is not the coldest city in Scandinavia. Temperatures very rarely drop below -15Â°C in the winter, thanks to the Gulf Stream. However, the city is prone to wind and gales are not uncommon in the winter. That is why Icelanders really come to life in the summer. When the sun greets the people of Reykjavik in spring, they welcome it with open arms and enjoy summer to the fullest. It may also have something to do with the midnight sun, which is a natural phenomenon that occurs in the summer months north of the Artic Circle and south of the Antartic Circle. During that period of time, the sun never fully sets and remains visible 24 hours a day. In winter time it is completely different. Winter solstice usually occurs on December 22nd. On that shortest day of the year the sun begins to rise around 11:30, and sets around 15:30. After that, the days slowly become longer with time. This may be somewhat confusing for those who are not used to it, but citizens of Reykjavik have learned to love it. The sun is variable but one of the qualities of the Icelandic summer is that it never gets too hot. The highest temperature ever recorded in Reykjavik city was 26.2Â°C. It tends to get higher outside of the city though.

A Modern City with an Old-Fashioned Twist

Reykjavik is by far the largest and most populous settlement in Iceland. Itâs a modern city with an old-fashioned twist. You wonât find many tall buildings and skyscrapers in this city. What you will find are colorful 19th century buildings mixed with new ones, spirited and joyful people, cozy cafÃ©s, beautifully designed geothermal pools, music everywhere, world-class design, crazy weekend nightlife and unspoiled nature right at your doorstep. Traveling around Iceland and exploring Reykjavik is a true adventure, and spending time in untouched nature is an experience like no other. There are numerous excursion and activity companies in Reykjavik that you can look to for whatever adventure you have in mind. You could also rent a car and explore on your own. However you choose to spend your time in Iceland, weâre sure that you will fall helplessly in love with Reykjavik, and youâll probably never want to leave.