The History of Iceland

The parliament has functioned for 1100 years, uninterrupted aside from the period from 1800 to 1845.

16-18 Million Years Ago: The Formation of Iceland

Iceland lies on the intersection of the American and Eurasian tectonic plates. When they started drifting apart, around 16 million years ago, it caused a major volcanic eruption, resulting in the creation of Iceland!

Even today, the island still sits on a volcanic hotspot, creatively named, “The Iceland Plume” – resulting in a multitude of earthquakes every year and volcanic eruptions every few years as well. 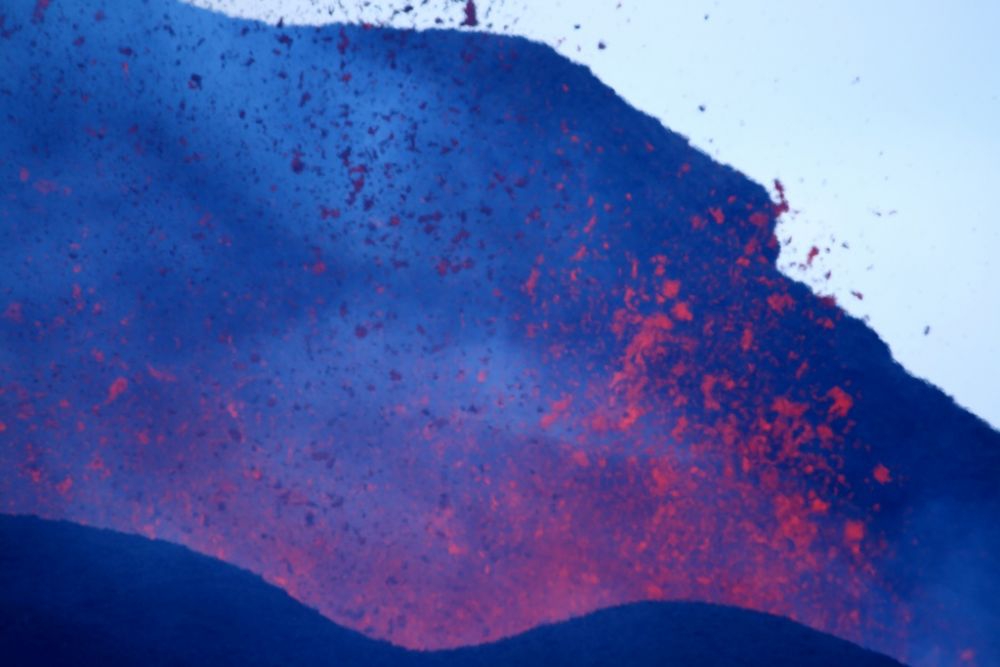 871 AD: The Settlement of Iceland

A Norwegian named Ingólfur Arnarsson killed a man and was exiled from his home country. He sailed to a legendary land in the west with two ships. People from the Nordics engaged in a massive land grab in this uninhabited country, taking with them Irish slaves, resulting in a Norse-Celtic mix of genes in Iceland.

Thanks to the almost obsessive fixation of early Icelanders with genealogy, most modern Icelanders can still trace their family lines back to this time. As a matter of fact, Icelanders can look up their entire family history on a single website, and they even have an app called Íslendingabók that makes sure they don't date their (close) relatives.

Above: Not the proper way to pronounce Íslendingabók - on Jimmy Kimmel Live

Being a land of renegades and runaways with no king, some system of government had to be instituted. The people of Iceland went ahead and created Althing, the oldest democratic parliament that still exists today. In each area there was a chieftain (Goði), a political and religious leader. Every summer, all the chieftains would meet at Parliament Fields (Þingvellir) to discuss laws and settle disputes. Every year, the law speaker, standing on top of the Law Rock, would say a third of the law, completely from memory. This way, the whole law was heard every three years.

The law was later written down in the book Grágás, which still exists today. Contained therein are practical laws, such as the penalty for your pet polar bear killing someone.

The parliament functions to this day, uninterrupted aside from a period of 45 years from 1800 to 1845. 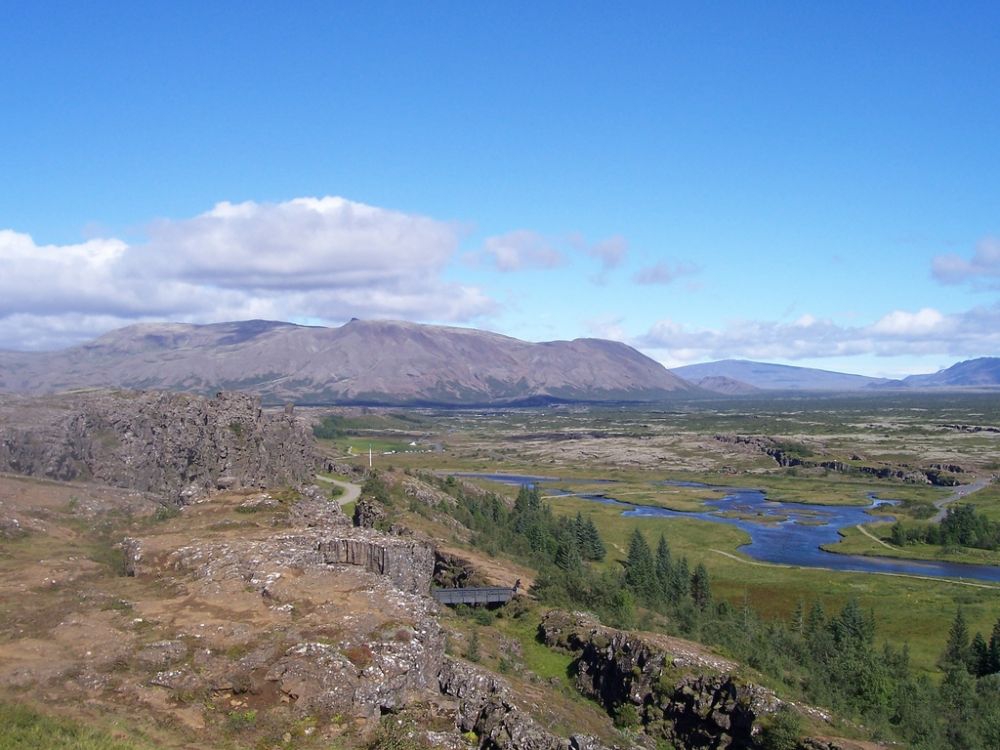 Until the tenth century, the predominant religion in Iceland was “Ásatrú”, the worship of the Norse gods, Óðinn, Þór and the like. In the 980s Christian missionaries started spreading the faith, leading to violent confrontations. The two factions asked Þorgeir Ljósvetningagoði Þorkelsson to mediate. He lay under a bear hide for a day and a night eventually coming to the conclusion that Iceland should be a Christian country. However worshipping the old gods was allowed as long as nobody found out!

Iceland remained Roman Catholic until 1540, when it converted to Lutheran Protestantism. The Catholic bishops Jón Arason and Ögmundur Pálsson violently opposed the reformation. That opposition came to an abrupt end with the beheading of Jón Arason in 1550.

The year 1000 is also when Leif “The Lucky” Ericson discovered America, or “Wine-land” as he called it. He was planning on sailing to Greenland, but was blown off course to the west, where he saw land. He later sailed there and attempted to settle, but gave it up after conflicts with the locals.

These and other stories are written down in the sagas of the Icelanders, an extensive body of 13th century writings.

In the years leading up to 1262, the Icelandic chieftains gradually became more and more powerful, until the whole country was in a state of constant civil war between 7 powerful clans. In order to end to the war, the leaders submitted peacefully to Haakon IV, king of Norway. The story is preserved in saga of the Sturlungs, written down as the events were taking place or shortly after.

Later, in the 14th century, the Kingdoms of Norway, Denmark and Sweden became one kingdom, and when they split up again Iceland somehow wound up under Danish rule. Even today Icelanders are confused and even a little sore about the whole situation.

In the 1500s, English and German fishermen and traders set up posts in Iceland and traded with the Icelanders. Seeing a mutually beneficial situation which brought prosperity to his subjects, Christian IV King of Denmark naturally decided he wasn't having it. He granted exclusive rights to trade in Iceland to certain merchants. It is hard to overstate how devastating this decision was. Danish merchants could pay as little as they wanted for Icelandic goods, and charge what they wanted for imports. It led to the nation of Iceland wallowing in abject poverty, basically until the monopoly was abolished in 1786.

The 1750s: The Enlightenment and the Birth of Reykjavík

Until the middle of the 1750s, Reykjavík was just a single farm, and Iceland had no towns or villages of any kind. Sheriff Skúli Magnússon was a man of the enlightenment. He picked Reykjavík to become the center of modernization, and pioneered the building of wool workshop buildings, one of which still stands, on Aðalstræti 10. This marked the beginning of Iceland's rise out of the dark ages.

1845 AD: The Re-Establishment of the Parliament and the Independence Movement

The enlightenment came to Iceland, and with it, nationalism. Chief among the Icelandic independence campaigners was Jón Sigurðsson, whose birthday was later chosen as the Icelandic Independence day. The movement led to the re-establishment of the Icelandic parliament as an advisory body to the king in 1845. This was followed by home rule in 1905, sovereignty in 1918 and independence in 1944, when Denmark was too busy being invaded by Germany to do much about it. 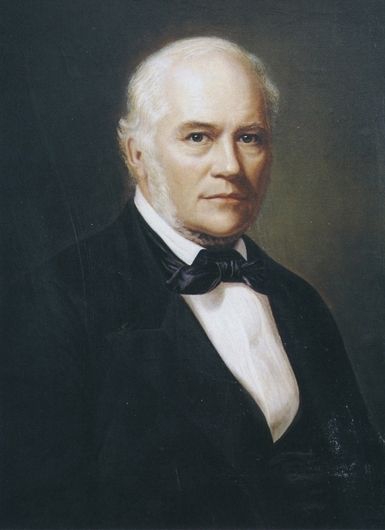 Industry and urbanization was growing, but Iceland had quite a lot of catching up to do. 1900-1910 saw such novelties as electricity, the first car and the first trawler, which marked the beginning of the still-important fishing industry. In the world wars, selling products to the allies and servicing the American occupying force brought an economic boom and cultural influence, such as TV and jazz. This catapulted Iceland into the 20th century and still today the Icelandic culture has an incredible fascination for new and foreign things, technology and culture.

Since the 1950s, Iceland's economy was characterized by rather high inflation. In the late 1990s, the commercial banking system was privatized and the law was changed to ease restrictions on trade. Following an incredible growth in everything financial, the bubble finally burst in a spectacular manner, in October 2008. The currency of Iceland, the Króna, fell by 50% overnight. People lost their jobs, their houses, and their livelihood and finally to top it all, McDonalds left the country.

Since then, Iceland has caught the attention of the international community because of how quickly the economy has recovered. Industry is operational and unemployment is under control, but wages and prices are still quite low, which means it's a good time to visit for people with foreign money. 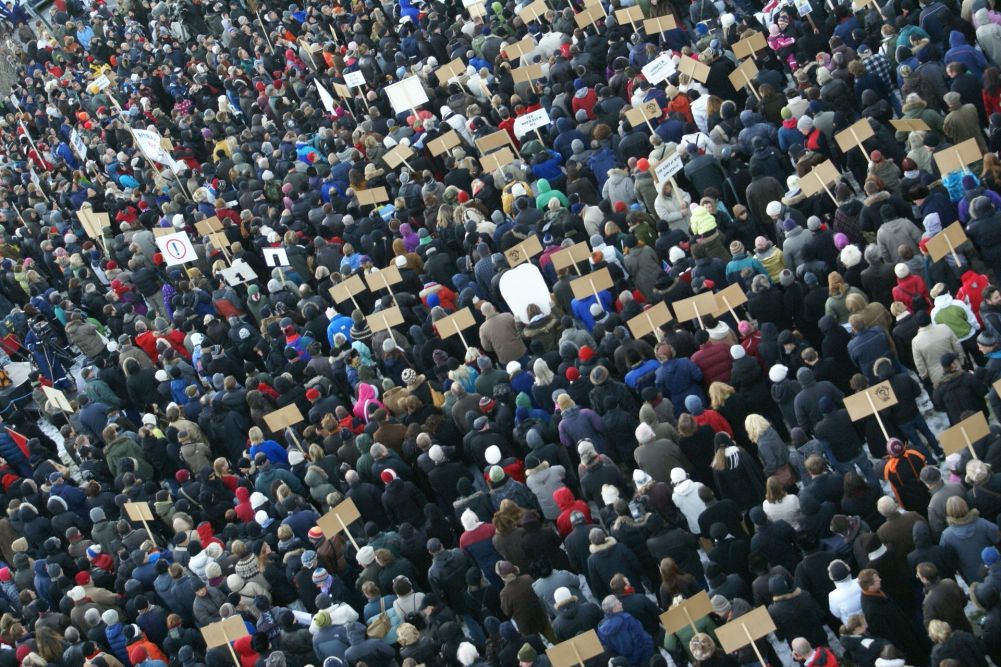