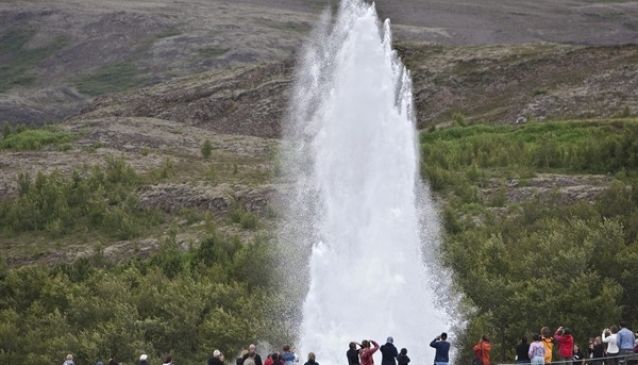 Geysir is an integral part of the famous Golden Circle. However - it alone can be worth a trip, from where you can enjoy some of the South Icelands swimming pools

Geysir is Best For

For a great natural Icelandic attraction, visit Geysir or as it is also known 'The Great Geysir', the first geyser known to modern Europeans. Though the exact date of the geyser's creation is unknown, it is thought that it was created at the end of the thirteenth century due to numerous tough earthquakes plus the destructive eruption of Mount Hekla. At 18m wide and 20m deep, Geysir was one the most remarkable geysers across the world, on a par with those found in Yellowstone Park and New Zealand.

However, since 1916 The Great Geysir has ceased to spout, apart from one occasion in 1935 when the spring suddenly came to life. Whether it will awaken again or not is unknown, nevertheless the surrounding area is a hotbed for geothermal activity. Hot and cold springs, warm streams, primitive plants, hissing steam vents and sulphurous mud pots of unusual colours are all in abundance around the area. One of the more popular attractions of the area however is Strokkur, a fountain geyser which wows people with its eruption of boiling water that can reach up to 30m, happening every 10 minutes or so.