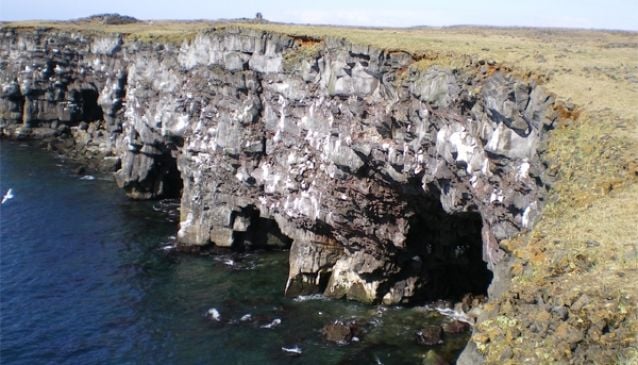 In the western part of Iceland, to the south of the small fishing hamlet in Hafnir, Hafnaberg is a low cliff dropping off to the sea, which has proved very popular with bird watchers from all round Iceland.

Due to the craggy rock face and number of small caves, Hafnaberg provides a cosy nesting spot for a great selection of birds and the skies are often teeming with local species like guillemots, kittiwakes, fulmars and razorbills to name just a few. In addition, if you take some binoculars with you you might catch a glimpse of some larger critters like seals and small whales just off the coast who sometimes come in to feed. Be careful if you're heading close to the edge, as the cliff is formed from crumbly volcanic tuff and so you don't want to run the risk of ending up in the chilly ocean, especially in winter.

Easily reached by the main road and near Reykjavik with its plentiful accommodation, shopping and activities, why not grab a fold-away chair, a flask of tea and some decent binoculars and spend the day spotting some local birds at one of Iceland's beautiful cliff sides before retiring to a comfortable restaurant followed by a night on the town? 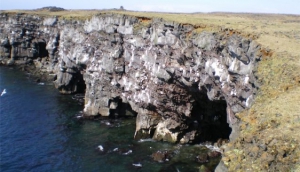 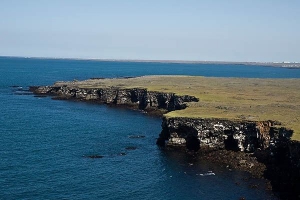