Hengifoss waterfall is a 15-minute drive from the town of Hallormsstaour in Eastern Iceland. Despite having recently been reclassified as the second largest waterfall in the whole of the country, it remains completely un-touched by tourism. For an attraction that anywhere else in the world would be crowded every day of the year, this makes for a fantastic visit.

The cliffs surrounding the waterfall are reddish in colour due to the lava that has collected in a particularly high yield in these surroundings. The Hengifoss waterfall came about when the water pressure of the rivers above was too much to hold and cracked a shard through the rock face. Visitors can even take a closer inspection of the rocks during the autumn months when the flow of the water is minimal and reveals a cave behind the waterfall that is hidden for the rest of the year. 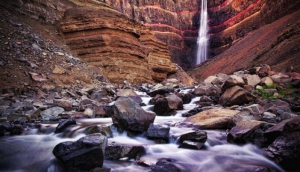 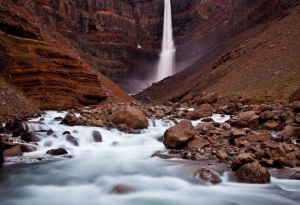 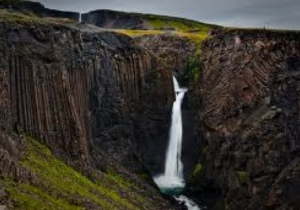 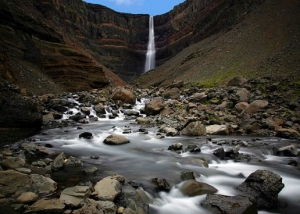 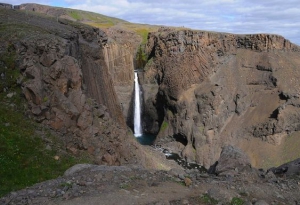