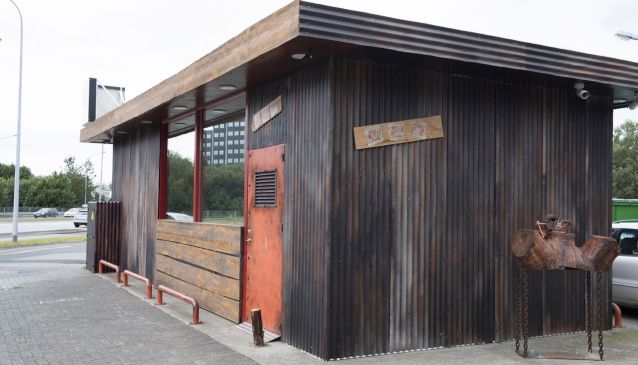 'Dirty burger and Ribs', the name says it all. The restaurant serves only a burger, which revels in not being fancy, and ribs, fries, soda and beer. 'Dirty,' in the Icelandic usage, refers more to the element of a 'basic,' 'juicy,' 'greasy-spoon' factor.

The restaurant is owned and operated the chef Agnar Sverrisson, who runs the Michelin decorated restaurant Texture by Portman Square in London, as well as three wine bars named 28°50°. In light of who owns the place, it can be seen as a kind of counter-culture statement against the hoity-toity nouvelle cousine of recent years, choosing to focus instead on simplicity, high-quality ingredients, simple-but-good preparation, and minimalistic presentation.

The exterior of the building is in the same vain, almost deliberately off-putting with worn cast-iron and slapdash signage, like they don't even want you to come inside. But of course the rugged exterior and the minimalist menu, mean that the restaurant can focus all its energy on its mission at hand - making the best darn dirty burger and ribs in town! 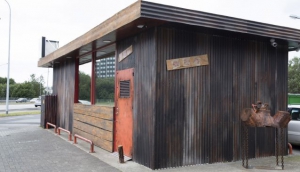