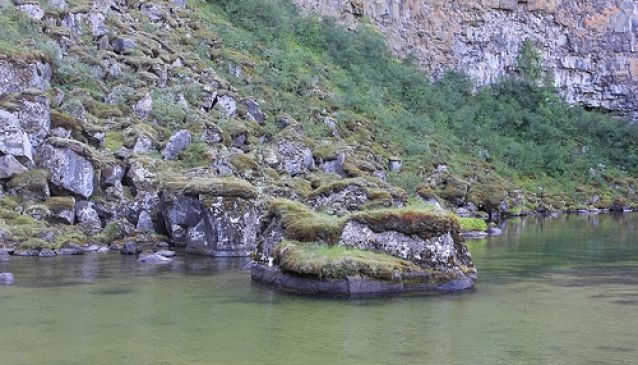 Lying in North Iceland in the Vatnajökull National Park is the natural phenomenon of the Ásbyrgi canyon. It is one of Iceland's most beloved natural pearls and one of the wonders of nature. Measuring approximately 3.5km in length and 1.1km across, the wide, horseshoe-shaped canyon is surrounded by sheer cliff faces reaching up to 100m high.

For over half of its length, a divide runs through the middle of the canyon, with a distinctive rock known as Eyjan, with a width of up to 250m, hikers can enjoy spectacular views from this point. Botnstjörn lies at the innermost end of the canyon, consisting of a small pond surrouded by luxuriant vegetation. The Ásbyrgi canyon is covered in woodland, consisting mainly of willow, mountain ash, pines and birch which visitors can walk through.

Whilst the canyon was most likely shaped by two or more catastrophic floods by glacial bursts from the northern part of the Vatnajökull ice cap eight to ten thousand and three thousand years ago, legend has it that the horse of Óðinn, the chief god of Norse mythology, stepped down here and left its giant hoof print. 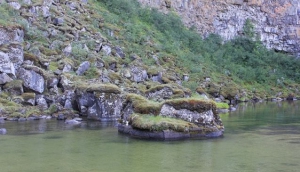