Sitting as part of Vatnajökull National Park, Askja is a stunning 50 km2 caldera (a cauldron-like volcanic feature that can be formed by the collapse of land after a volcano eruption). Situated in the Dyngjufjoll mountains, Askja contains several volcanoes, including Viti (explosive volcanic crater) and is still in the making through bedrock subsidence above a deep-seated magma source.

Askja was mainly formed at the end of the Ice Age, in a major ash eruption, causing the roof of the magama chamber at the heart of the central volcano to cave in. The surrounding mountains emerged in eruptions under an Ice Age glacier cap. Since it was formed, water with a temperature of around 30°C on average has gathered in the crater, making this volcanic spot a beautiful and popular bathing site.

With Northern Iceland providing so many marvels of nature, Askja adds to the list of must-sees when travelling through the country. However, for those wishing to take a dip in the water, it is suggested that you be aware of the sloping path that can become slippery in wet weather. 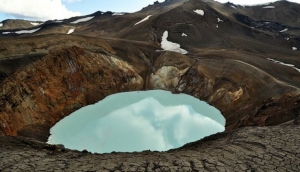 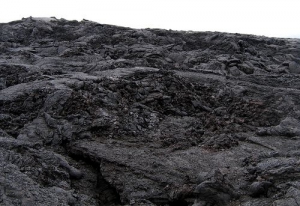 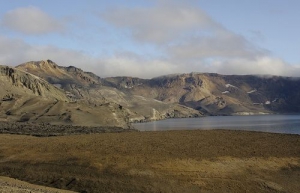 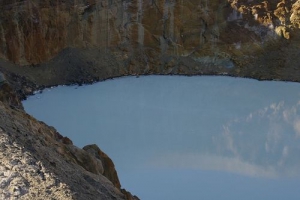 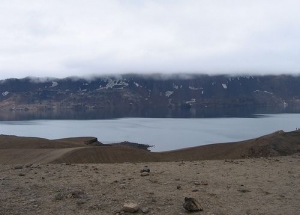