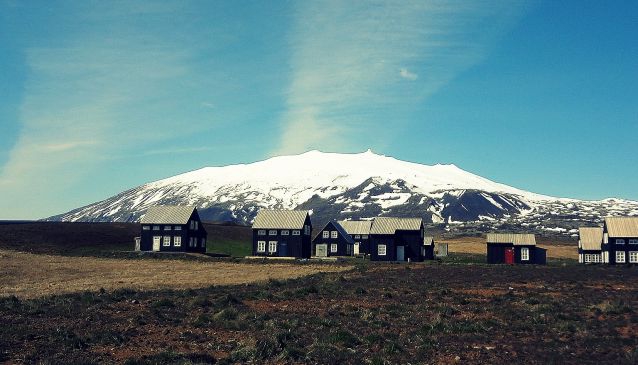 Snæfellsjökull (meaning snow-fell glacier) is arguably Iceland's most famous stratovolcano. The actual name of the mountain is Snæfell, but it is referred to as 'Snæfellsjökull' in order to distinguish it from two other mountains with this name. It's glacier-covered peak reaches 1446m (4745 ft), and on a clear day can sometimes be seen from Reykjavic some 200km away.

At the foot of the volcano on the peninsula is Snæfellsjökull National Park, which was established in 2001. Its attractions include waterfalls, lava caves and glaciers. Admission to the park is free.

In recent years, Snæfellsjökull glacier has suffered the affects of global warming, and in 2012 the summit was ice free for the first time in recorded history. The glacier is continually shrinking, so much so that experts predict that it could vanish within the next 50 years. Get a visit in quickly before its too late! 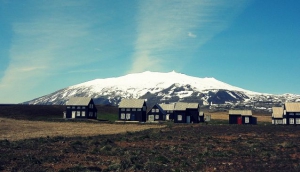