In Snaefellsnes, a peninsula situated to the west of Borgarfjörður in western Iceland, you‘ll find one of country‘s hidden treasures, Lysuholslaug.

Lysuholslaug is a natural pool in the south of Snaefellsnes with geothermally heated mineral water straight from the ground. The water is rich with minerals, and considered to be healthy and healing. It contains no added chemicals so it‘s completely chlorine-free! A heavenly experience for your body and your mind. It‘s the only mineral water pool in the country, and it‘s very popular among travelers. Don‘t be discouraged by the color of the water – It may seem dirty because of the growth and silica mud, but it‘s actually very clean. The pool is drained and thoroughly cleaned every eight days, which is more than you can say about most other pools.

Lysuholslaug is quite busy in the summertime and the showers are often occupied, but according to the staff it is perfectly fine not to shower after a soak in the pool, in fact it‘s even better for your skin.

Many other national sights can be found in the area, f.x. the Snaefellsjokull volcano, the highest mountain on the peninsula. It is also known as the setting of the novel Journey to the Center of the Earth by French author Jules Verne. According to the Laxdaela saga, there were a number of historical people who lived around Snaefellsjokull. The area surrounding it has been declared one of the four National Parks by the government of Iceland. You will also find fishing villages and small towns on the northern shore of Snaefellsnes.

Treat yourbody to a nice long soak in Lysuholslaug on a sunny day, and while you‘re at it, take advantage of all the other wonderful opportunities that Snaefellsnes has to offer. 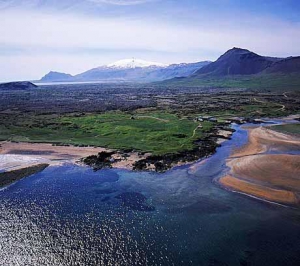 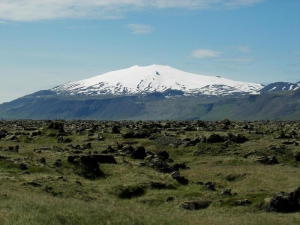 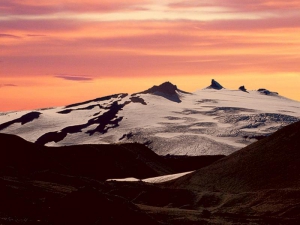 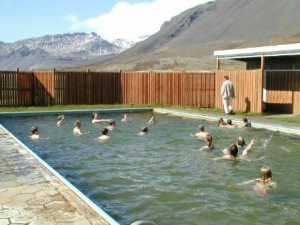 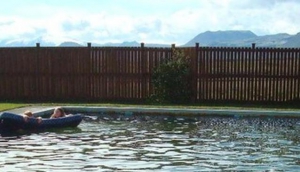