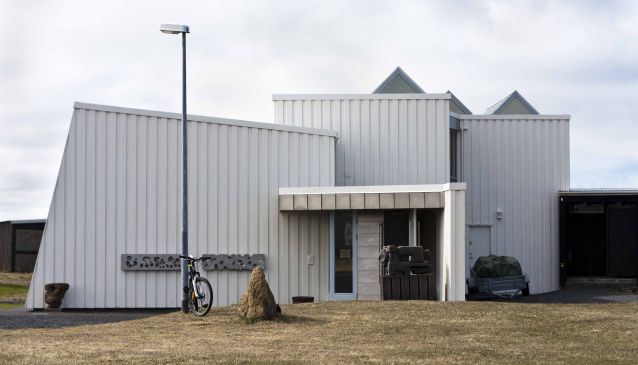 Concerts take place every Tuesday evening during the summer, and those concerts have become a vital part of Reykjavík's cultural life.

The Sigurjon Olafsson Museum is dedicated to the life and work of Icelandic sculptor Sigurjón Ólafsson. It was founded by the artist's widow Birgitta Spur as a tribute to her late husband in 1984, two years after he died. Birgitta had his studio in Laugarnes converted to an exhibition space to house his large collection of works, including sculptures, sketches, drawings and biographical material. The couple's original home and the adjacent artist's studio were rebuilt and enlargened to create exhibition halls and various other facilities necessary for a museum, and the Sigurjón Ólafsson museum opened to the public on what would have been the artist's 80th birthday, October 21st in 1988. The museum has been a division of National Gallery of Iceland since 2012.

Sigurjón Ólafsson (1908-1982) is one of our nation's most treasured artists. From early on he would work with abstract forms, but he also developed the realistic style that characterizes his portrait busts and statues. He was born in Eyrarbakki, a beautiful village on the south coast of Iceland. Originally a house painter, Sigurjón entered the Danish Royal Academy of Fine Arts in 1928. He graduated in 1935, having studied a year abroad in Rome as well. Throughout his career, Sigurjón Ólafsson won numerous awards for his work, f.x. the Gold Medal of the Academy for his sculpture 'Labourer'. When Sigurjón returned to Iceland in 1945 as one of the leading artists of Iceland, he was commissioned to work on numerous challenging projects, such as the 90 m long relief at the Búrfell hydropower station. He leaves eighteen public monuments in Reykjavik alone.

As said before, the Sigurjón Ólafsson Museum is dedicated to research of the artist's career. In addition to the exhibition of the artist's works, the museum sponsors various cultural programmes and there is always something going on. Admission is cheap and there's a wonderful café with an great view on the spot. The Sigurjón Ólafsson Museum has a lot to offer, so don't hesitate. Come on down and soak up as much art and culture as you possibly can. 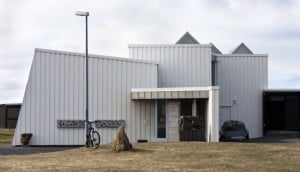