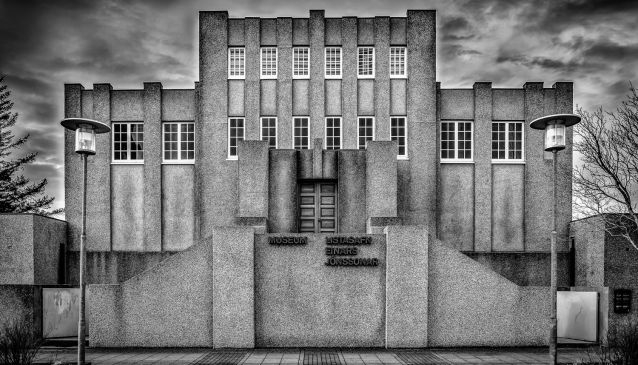 A picnic on a sunny day in the sculpture garden outside the museum is an ideal way to spend an afternoon. The garden also looks amazing when it's dark and rainy.

Einar Jonsson was Iceland's first sculptor. He studied under Wilhelm Bissen and Tehobald stain at the Royal Danish Academy of Fine Arts in Copenhagen from 1896 to 1899. He drew his inspiration from the Icelandic folklore heritage and other works from the first decade of the century, but also used mythological and religious motifs. After living in Rome from 1902 to 1903 he completely rejected naturalistic depiction and publicly criticised the classical art tradition because he felt that it had weighed artists down. Instead he emphasized the need for artists to forge their own path and cultivate their originality and imagination.

Einar Jónsson was a groundbreaking figure in Icelandic sculpture and had a big impact on the visual arts in Iceland. After hopscotching around the world for years he settled permanently in Iceland in 1920 at the age of 46, and resided here until he died in 1954. In 1909, Einar Jónsson offered all of his works as a gift to the Icelandic people on the condition that a museum would be built to house them. The gift was accepted by the Icelandic Parliament in 1914, which contributed 10,000ISK (which was a lot back then) to the construction of the museum, while a national collection yielded 20,000ISK in private donations. The Icelandic nation was supportive from the very beginning, showing a special appreciation for the art of their country's first sculptor.

Einar Jónsson chose the location of the museum himself, and decided to put it on Skolavorduhaed, 'a desolate hill on the outskirts of town' as he said in his autobiography. At the time it was the first building constructed on the top of the hill. The building served as his studio, as an art gallery for his works and he even lived there. The building is indisputably the work of Einar Jónsson, although it was the architect Einar Erlendsson who officially signed the plans for the museum.

The sculpture garden behind the Einar Jónsson Art Museum is open 24/7 all year round, entrance is free and it's a popular site to visit, whatever the season. It was fornally opened in June 1984. Einar Jonsson himself and his wife Anna put a lot of work into the garden themselves while they lived in the museum building. The garden has changed a lot through the years but you can still find trees and stonework that Einar Jonsson put down himself. The garden contains 26 bronze casts of Einar Jonsson's work in the garden.

The museum's penthouse apartment, probably the first of its kind in Iceland, is unique and the view is spectacular. Einar Jonsson and his Danish-born wife established a modest yet cosmopolitan artist's home there. It's furnished with uncommon furniture and art. The home is preserved in its original condition as a part of the museum.

The museum office is open on weekdays from 8:00am-4:00pm. You can contact them for information about group visits.

Closed in Dec. and Jan

The Museum can also be visited upon request. Please contact us for booking at lej@lej.is. 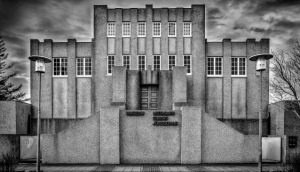