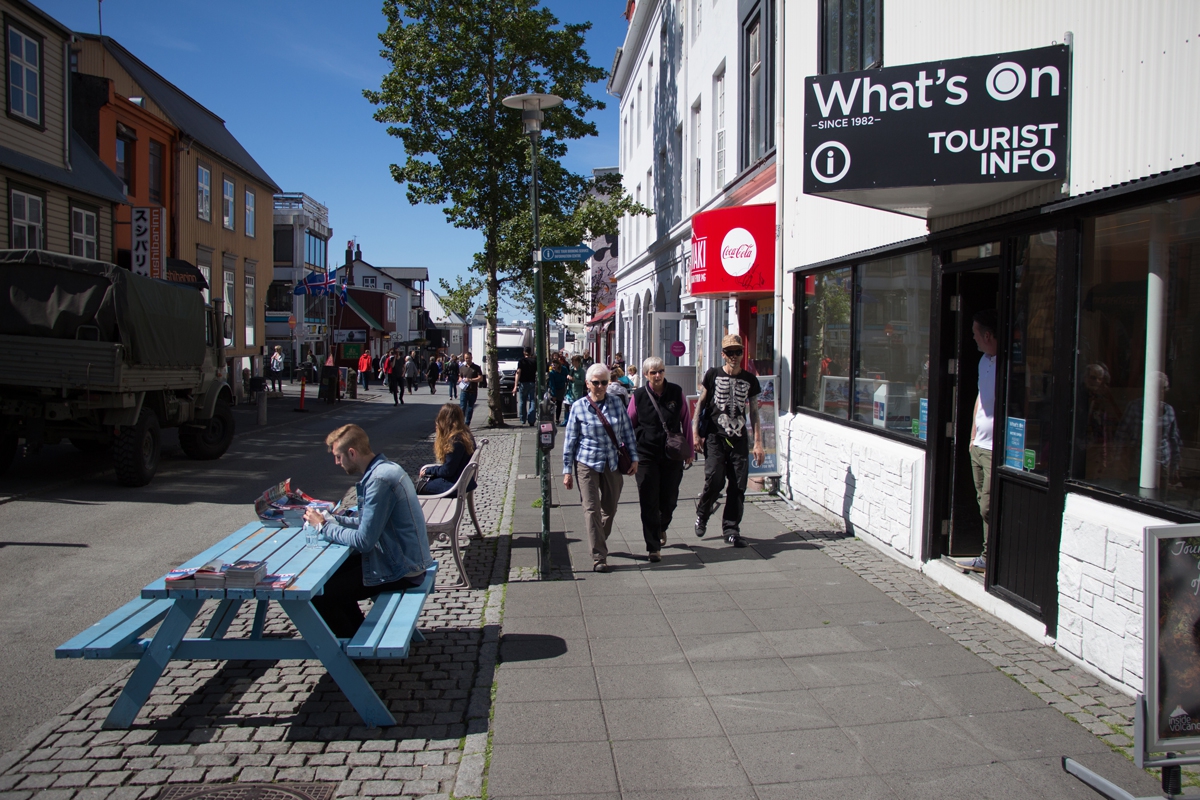 Directions to What's On Tourist Information and Magazine

What's On in Iceland is a magazine that's been published for over 25 years in Iceland. It is also a Tourist Information Office in the heart of downtown Reykjavík, as well as a website featuring articles, blogs and the option of booking tours online. Basically, if you need help and/or information about Iceland, these are the people to see.

Hi there, traveller, welcome to Iceland. How’s things? Good? You excited for your vacation in Iceland? Of course you are, Iceland is the best. The nature’s crazy beautiful (and the people are too), Reykjavík is an awesome city to spend some time in, and the music made by the cool people of the coolest capital in the world is just so cool! You know all this, of course, it’s why you’re here, isn’t it? But have you decided which parts of the beautiful Icelandic nature you want to see, how you’re going to get there and what you’re going to do when you get there? Do you know anything about the culture of the cool cats of Reykjavík so you can have a conversation with them? Do you know what great bands are playing while you’re in town and where you should go to see them? Unless you’re extremely well-prepared (in which case, I must congratulate you for finding the What’s On website, www.whatson.is) you’re going to need some information about all of this. That’s where What’s On comes in.

Okay, so what IS What’s On?

To put it simply, What’s On in Reykjavík is a source of information! It all started with the magazine. It’s been published for more than 30 years and is still published every month with a fresh batch of information about events, museums, shopping, restaurants and just Iceland and Reykjavík in general.

If the interesting articles, the listings telling you what to expect from Reykjavík’s restaurants, detailed information about museum exhibitions and event information isn’t enough convince you to pick up a copy of the magazine ASAP, What’s On in Reykjavík also has a convenient map of Reykjavík in the centre.

Let me tell you about a glorious thing we like to call the internet!

What’s On may have started out as a magazine but in the years since then, there’s been a lot of technological advances, most importantly, the internet! As any serious company in the 21st century, What’s On has a website as well. The clever people of What’s On have been making the most of the unlimited space on the internet to amass a treasure trove of knowledge and fun facts about Iceland, Reykjavík and the Icelanders, as well as tips and tricks on how best to get around, go hiking, eat well and generally have a good time in Iceland. Wondering which artists to see at some of Iceland’s biggest music festivals? Where and how to go hiking in Landmannalaugar? What historical connection the delicious dairy treat skyr has with public protests? Or perhaps you just want to know what tours you can take, how to book them and what they’re like? No matter your question, the answer is available on www.whatson.is. Don’t believe me? The joke is on you because if you can’t find what you’re looking for anywhere on the site, we also have a live chat where our staff will answer all other questions that might arise. There’s also an event calendar with everything that’s going on in Iceland, concerts, museum exhibitions, shows, stand-up shows, festivals and more!

That’s not enough for me!

Now, maybe a printed magazine or the internet aren’t for you. Maybe you can’t read or don’t like to. Maybe you don’t have the internet but do have a severe paper allergy. Maybe you just prefer information to be passed to you by conversation instead. Whatever your reason/problem, What’s On has the solution ñ the What’s On Tourist Information and Booking Centre!

A few years ago, the What’s On writers had a problem. They had a lot of information about Iceland of course, but they weren’t sure what exactly the people wanted to know, how much most people knew already before coming to Iceland and what they needed to know. To get in touch with the people on the streets, in order to know how best to answer their questions, they did the only logical thing and opened up a Tourist Information Office under the same name. Today, What’s On has two different offices, one on Laugavegur, the main shopping street and another one down by the old harbour, coolest neighbourhood in Reykjavík these days, inside the Volcano House.

The What’s On staff know everything there is to know about Iceland and the Icelanders, and if there’s something they don’t know, it can’t be that important anyway. They also make it their business to know about everything that’s going on in Reykjavík (just like the name suggests) and if you feel like taking in a show, seeing a concert, going to a pop-up-market, or just eating something really good, The What’s On Staff at Laugavegur 5 or in the Volcano House at Tryggvagata 11 are the people to ask. If you can’t ask them in person, just send them an email, they’ll get right back to you.