To begin with, I must apologize for misleading you. You see, the title of this article is a bit deceptive since there can be no such thing as a pagan Christmas, it is an oxymoron; an impossibility. There is no such thing as Pagan CHRISTmas, but the festival we now call Christmas does have its roots in the pagan festival called JÃ³l in Icelandic.

Before Christianity became the national religion of Iceland, we were a land of heathens following the pagan religion of ÃsatrÃº, the belief in the Norse Gods: Odinn, Thor and the like. Back then we celebrated the winter solstice, or the festival of light ('hÃ¡tÃ­Ã° ljÃ³ssins' in Icelandic). No, not this Thor. (Image Credit marvelousRoland on Flickr)

The name relates to the fact that the winter solstice, which is the shortest day of the year - with only about 4 hours of daylight - is on about the 21st of December, and after that every day will have a bit more light. So much so that once we have reached summer the opposite has occurred and we have the longest day of the year on June 21st, with the midnight sun still being visible at 1:30 am in the south, and even staying up for three days straight in the North of Iceland. It is, therefore, not at all that surprising that this was something enormously exciting for people who had months upon months of darkness and cold and no electric lights(!)

The winter solstice is the time that marks a form of rebirth for Paganism as the journey towards new life and renewal will soon come as light shines brighter and the air becomes warmer. Paganism places much importance on the sun and the shape of the circle which follows that these symbols play a central role in times of celebration, as they symbolize both the giver of light and the flow of life. The celebration surrounds the idea of a new beginning and peace, much like that of our own Christmas.

In fact, a lot of the things we take for granted as belonging to the Christmas tradition have roots in ancient times as well as in Paganism. When Christian proselyters came to Northern Europe, they found it was simpler to assimilate the extant traditions into the christian faith than to impose their own. (As a matter of fact, did you know that odds are Jesus wasn't even born on December 25th(!)) Because the winter solstice demarcates a new beginning in Paganism, the emblems of the time symbolize longevity and vivacity. 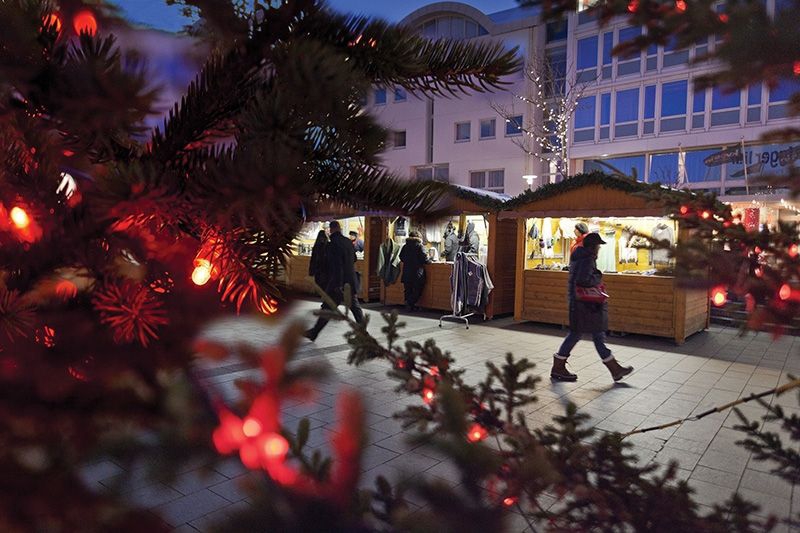 The Christmas tree, for instance, the center piece in most living rooms on the 24th and 25th of December, has been part of the Pagan celebration, as it is an Evergreen tree which stays green all year long, the embodiment of life when all else has withered and died of the cold (I mean, have you ever wondered what a Northern Hemisphere conifer has to do with a religion originating in Israel?)

Similarly, the Christmas lights which adorn the beloved tree, decorate the windows and twinkle on rooftops are an obvious symbol of life and light in the darkest time of the year, and have their roots in the candles of the past. Even within the English language we can find evidence of this connection, as the word yule (as in the yule log for instance) is discernibly related to the Icelandic word 'JÃ³l' previously mentioned. It could be argued then, that Christmas celebrations around the world are influenced by these ancient traditions and rituals of Paganism.

It goes both ways of course, for instance Iceland's 13 Santa-Clause-like figures, the Yule Lads, have assimilated a lot of the international Santa Clause characteristics, such as the red suit and the gift-giving, instead of their traditional pranking and mischief. 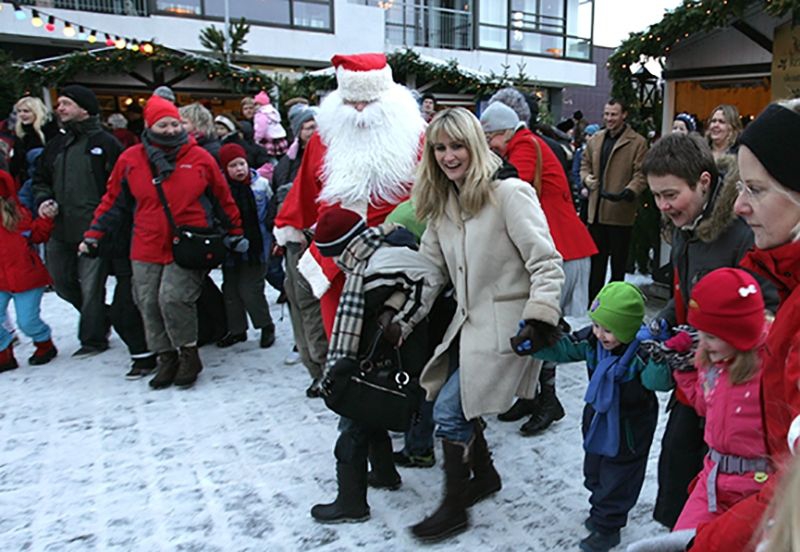 ÃsatrÃºarfÃ©lagiÃ°, the pagan community in Iceland (it exists, though it is small) celebrates this time of year as one of the biggest festivities, during which they throw several parties and ceremonies both before, during and after the twenty-first of December. In 2013, the JÃ³lablÃ³t festival will be held on the 21st of December in ÃskjuhlÃ­Ã°, by The Pearl. In Icelandic the word for this type of celebration is 'BlÃ³t' which in its original sense means sacrifice, but today entails mainly eating and drinking, and all the trimmings of a truly good party. On the other hand these events can have a somewhat serious tone about them at times, as they are ritualistic in the sense that they carry on the religion mainly relegated to the past. They are also a means of cultural preservation as people continue to uphold the JÃ³l of times gone by. Because of all the similarities between the decorations and customs between modern day Christmas and the pagan winter solstice celebration it is likely that most people would feel right at home at a winter solstice event. Though of course, it would lack the more Christian aspects of Christmas, which in theory is what Christmas is really about.