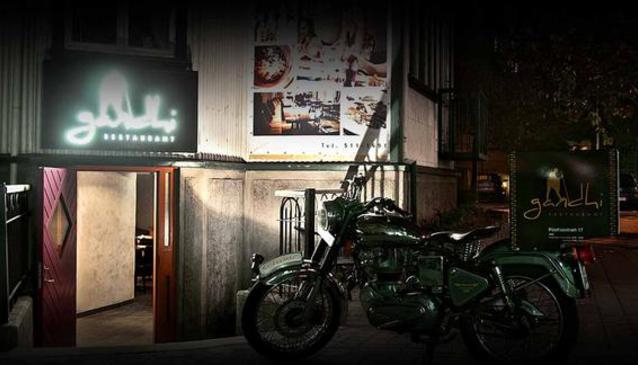 The Butter Chicken is amazing. If you visit the website you can take a virtual tour of the restaurant. That way you'll know exactly what you're in for.

Gandhi is a top-class Indian restaurant located in the heart of Reykjavík, and it's the first southern Indian restaurant in Iceland. Head chefs Rajesh Paul and Sam Haridas are from Kerala state in southwest India, a place that is considered to be one of the main spice states in the country. The combination of fresh Icelandic ingredients and traditional Keralan use of spice is simply divine, and locals in Iceland have developed quite a taste for it. All spices are specially imported from Kerala by the chefs.

Gandhi is situated on the ground floor in Posthusstraeti, inbetween Austurvollur and the Reykjavik pond in the city center. The interior is warm and welcoming, and the decor fits the food. Head chefs Sam and Rajesh won a cooking competition at the Secret Garden hotel in Kerala state and after a tough competition, the two of them stood out as winners, and were selected to come to Iceland, to share their special gift.

Gandhi is where you want to go for upscale Indian cuisine. The dishes are not cheap, but you get plenty for your money. Try the Pepper chicken, one of the most popular courses on the menu, chicken marinated in onion, black pepper, garam masala and green chili. The lamb bollywood is also highly recommended by those who have tasted it, seasoned with onion, garlic, chili and other spices, combined with old and modern cooking methods. All dishes come with a side of rice, and you should order a basket of garlic nan to go with it. It tastes like pure heaven and practically melts in your mouth. As for deserts, there are a few to choose from but the chocolate soufflé with ice cream and fresh fruits simply can't be missed.