Rauda Husid (The Red House) is a restaurant in a historical house situated in Eyrarbakki, a beautiful little fishing-town on the south coast of Iceland. With a population of about 570 people, Eyrarbakki is a peaceful place where you'll see many wonderful old houses and meet the nicest people. The oldest part of Rauda Husid, the floor where the restaurant is now, was built by an Icelandic woman, Mrs. Gudmunda Nielsen in 1919. She was a person of many talents, and ran her retail shop in Rauda husid, which was considered the trendiest shop in the region. She lived in the house, which is now a folk museum.

Icelanders were late to indulge themselves in luxury food like lobster, since lobster fishing started relatively late in Iceland. That has certainly changed. Today lobster is the main attraction when it comes to fine dining in Iceland. Rauda Husid offers a wide variety of lobster dishes and other Icelandic delicacies.

The a la carte menu is simple and sufficient, consisting of starters, main courses and desserts. Starters such as the grilled langoustine in garlic butter and the beef carpaccio with ruccola and parmesan are tasty appetizers for the main course. On the main course menu are mouthwatering meat and fish courses, such as the oven baked bacalao in olive and tomatconasse, and the fillet of lamb or beef tenderloin with potatoes and demi glaze. Desserts like the warm chocolate cake with a running center and the Icelandic chef style skyr will throw you over the edge, without a doubt.

Spend a beautiful summer day in Eyrarbakki and dine at this lovely restaurant. It's an experience you won't forget. 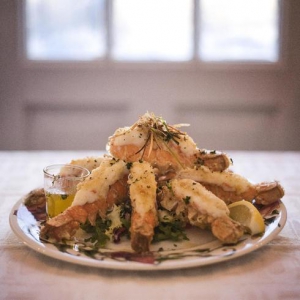 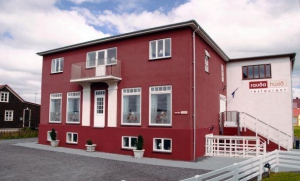 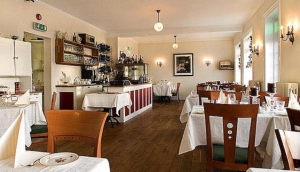 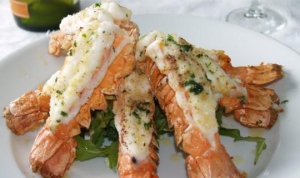 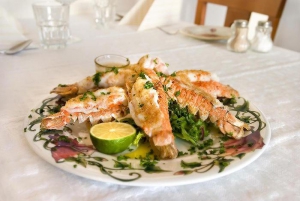 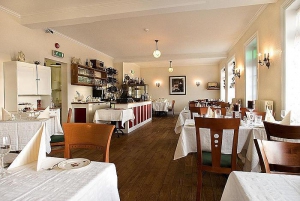