Dettifoss waterfall is the most powerful waterfall in Europe, with the greatest volume with 500 cubic metres of water plummeting over the edge of the waterfall every second. Situated on the Jökulsá á Fjöllum river in Vatnajökull National Park in Northeast Iceland, Dettiffos is 45m high and 100m wide. The river flows from the Vatnajökull glacier and collects a huge amount of water on its way to the 45-metre drop down to the Jökulsárgljúfur canyon.

A hiking trail of 34km goes along the canyon from Dettifoss to Ásbyrgi, with camping possible in Vesturdalur. The waterfall can be reached by a new tarmac road that was finished in 2011. The east bank of Dettifoss comprises of an information panel and a maintained track to the best viewpoints. Whilst the west bank is reachable, the views are hindered by the spray of the waterfall. The closest populated areas to the waterfall include Vopnafjörður, Mývatn and Húsavík. 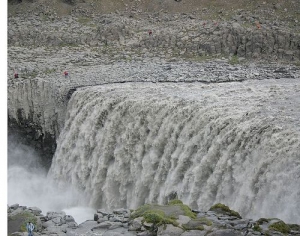 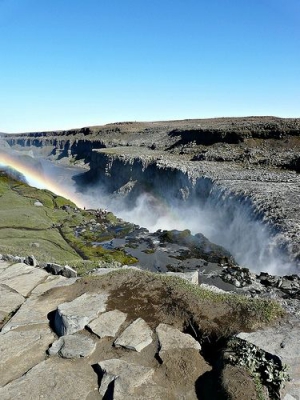 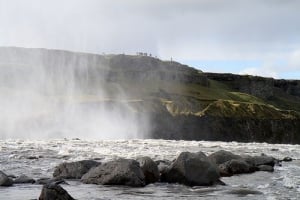 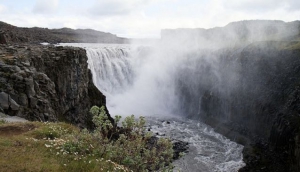 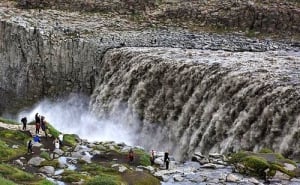