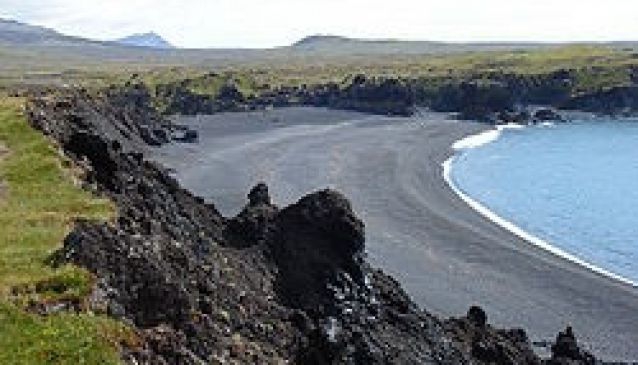 Djúpalónssandur is a dark pebbly beach that lies at the foot of the Snaefellsjokull area in the west of Iceland. The Dritvik cove is a few metres round the headland and has a similar beach.

Originally, they were the most inhabited fishing villages on the Snæfellsnes peninsula, with over 60 trawlers and up to 400 inhabitants, but today it is barren. However, remnants of what used to be can still be seen, like the remains of the old Grimsby fishing trawler which was wrecked on the beach in March 1948. In addition to this, the lifting stones which were used by fishermen to test their strength and qualify them for work on the fishing boats can still be found. The stones are named; Fullsterkur ('full strength') weighing 154kg, Hálfsterkur ('half strength') at 100kg, Hálfdrættingur ('weakling') at 54kg and Amlóði ('Useless') at 23kg, and fishermen had to lift at least the 'weakling' stone to hip height to be eligible.

Snæfellsnes is easy to travel to from Reykjavik, the capital of Iceland, where you will find plentiful accommodation and things to do. In Snæfellsnes you will also find Arnarstapi and Stykkishólmur, from where you can sail to Flatey. 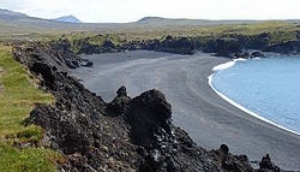