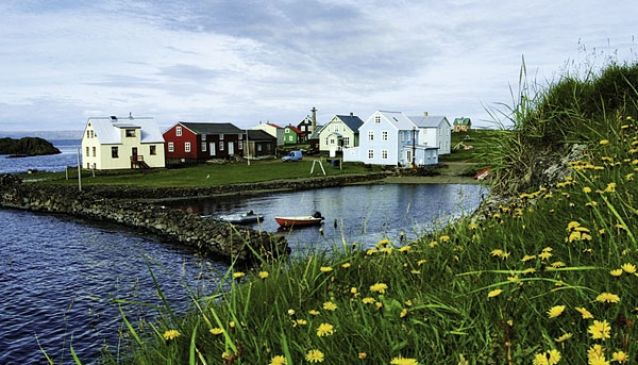 Flatey is an island in Breiðafjörður in the west of Iceland. It is reached by ferry from Stykkishólmur on the mainland, an easy day trip from the capital city Reykjavík.

'Flatey' in Icelandic, translates rather unsurprisingly as 'Flat island' and that rather brilliantly describes the island. In the past, Flatey was an important centre for fishing and a hub of shopping for the surrounding Breidafjordur area. The traders from the Hanseatic League in Germany even had a trading post there. The jolly shops, houses and warehouse buildings on the island are wonderfully maintained and reflect the optimism and great development of Iceland during the 1900s. The first Icelandic trader received a temporary trading licence here way back in 1589, but it wasn't until 1777 that Flatey received its status as a town.

Flatey island draws in a number of tourists every year and has a hotel, guest house and one restaurant. On the way to Flatey you will have a chance to see Snæfellsjökull Glacier National Park, Arnarstapi and Djúpalónssandur, to name only a few fascinating natural and historical places of interest.

The Flateyjarbok (the book of Flatey) is one of the most important ancient Icelandic manuscripts and it was kept in Flatey during the Middle Ages. A photocopy of this can be found in Iceland's oldest library which is situated on the island. Flatey has been a real inspiration for many artists throughout history and was the set of the 2007 film 'The Bridegroom' filmed by Balthasar Kormakur. The trailer for the movie actually gives you a good feel of the island: 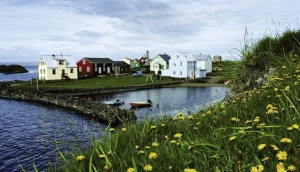 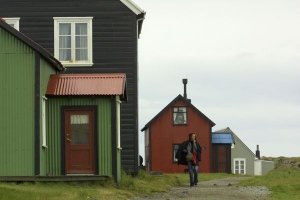 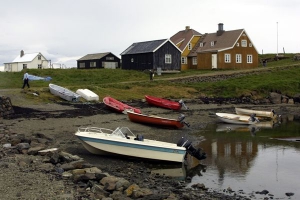