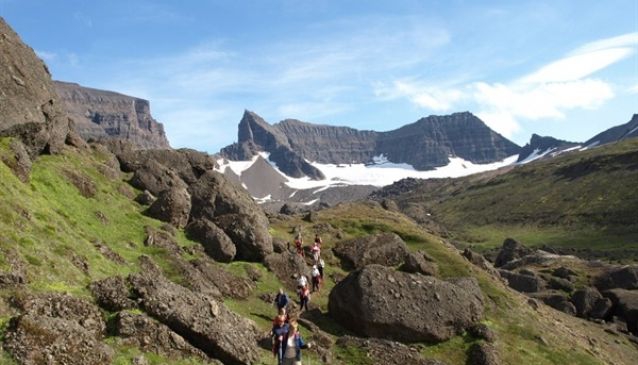 Dyrfjöll (or 'Door Mountains') is a glorious chain of mountains in East Iceland, which can be seen en route to Borgarfjörður Eystri from Fljótsdalshérað. The imposing Dyrfjöll mountains are believed to be home to the queen of elves. The tallest peak of the mountain chain is Innra-Dyrfjall, its steep and jagged summit shrouded in an air of mystery.

Within the Dyrfjöll area, there are two marked hiking paths. The longer of the two starts from the road and leads up to the top of Vatnsskard. The second route takes at least two hours to complete and it is suggested that you allow considerable time in order to fully enjoy this Icelandic gem, along with the Stórurð ('The Giant Boulders'), which can be seen en route lying between the small glacier just west of the mountains.

There is plenty of accommodation in the area, for instance in Breiðdalsvík and Egilsstaðir, which are both reasonably nearby.

Other things to do in the area include fishing and horseback riding, exploring the countless mountains and little towns, discovering Lagarfljót by Egilsstaðir (in Fljótsdalshérað), as well as skiing in the wintertime. 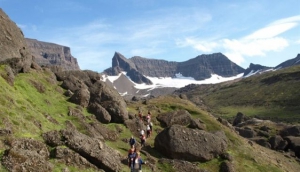