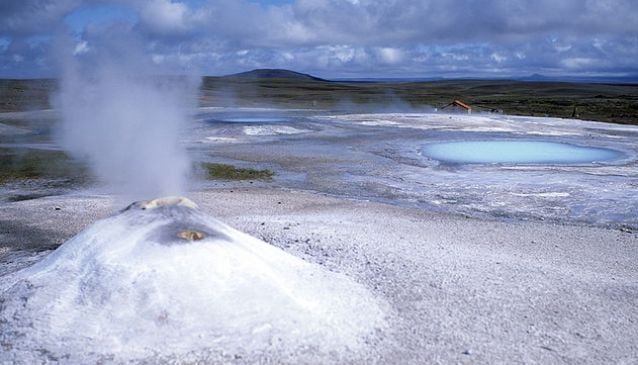 Langjökull - Icelandic for long glacier - is the second largest ice cap in Iceland. Beaten only by Vatnajökull, this 1355m long glacier has an area of about 950 km², most of which rises between 1200 and 1300 metres above sea level. At a height of around 1450 metres, its highest ice cap (at Baldjökull at the northern end of Langjökull) can be seen clearly from Haukadalur.

Langjökull rests on a massif of mountains, which rise highest under its southern and northern parts. Although very little water runs off of the surface of the glacier, it also supplies the largest natural lake of the country, as well as a number of lakes to the north and geothermal areas in the west.

Langjökull is particularly popular for organised snowmobile and snow scooter tours along the icecap; a number of tour groups run adventure day tours that include such activities. The glacier is also popular for hiking and occasional cross-country skiing. 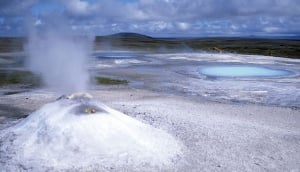