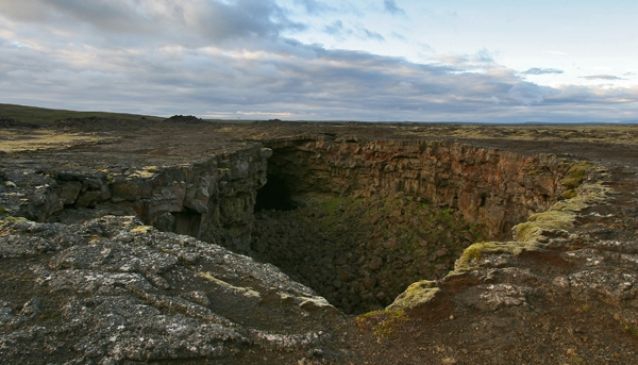 As Iceland's most well known lava cave, Surtshellir in the west of Iceland was once the home of outlaws and sheep rustlers. Back in 1750, Eggert Olafsson was the first to give a full documentation of the cave in his travels. The name Surtshellir comes from a figure of Norse mythology, the fire giant Surtr, who was predicted to one day engulf the world with the flames of his firey sword.

Today, a number of tourists dare to hike down to the depths of the cave, and with the right equipment it is totally possible. The cave is 1310m long and the height varies throughout from 10m to a mere 2m. Due to its volcanic origin, the walls are layers of solidified magma and basalt and the floors are covered with sheets of ice in the winter and large fallen rocks and lava rocks once the ice melts in the summer.

Back in the 10th century, the cave was used as a hide out for bandits who would steal sheep from farmers living in the area, found in evidence of the sheep bones scattered where the outlaws had been eating.

The cave is about 60 km (38 mi) north of Borgarnes, and is easy to get to from Reykjavík, where you will find all the accommodation, activities and shopping you can dream of. 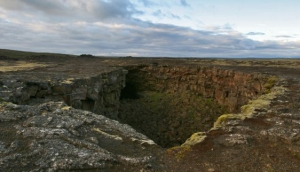 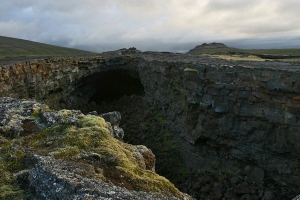 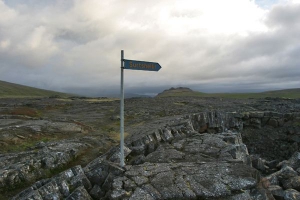