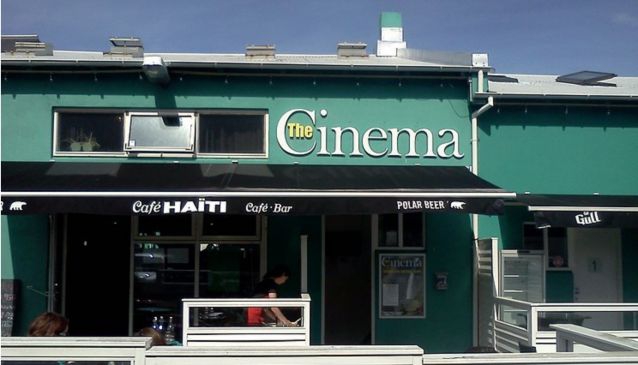 Make a day of it by taking a whale watching tour in the morning, a movie in the afternoon, a cup of coffee at Café Haiti afterwards (in the same building) before dinner at one of the fantastic seafood restaurants on the waterfront!

The Cinema is Best For

Directions to The Cinema

THE CINEMA​ is a small movie theater on the Old Harbour waterfront in the Reykjavik Centre, which plays a wide variety of different documentaries about everything from Volcanoes to Northern Lights to Vatnajökull Glacier. It has an impressive selection of scheduled shows as well as a possibility to book specifically a number of others, including films in German.

The Cinema's location on the Old Harbour Waterfront in the Reykjavik Center adds a creative flair to the bustling neighbourhood of whale watching companies, restaurants and cafés of every sort, bike rentals and other traveller's services, occupying the re-purposed fisherman's wharf. It's a great possibility to spice up an your afternoon on the waterfront before catching some great seafood at one of the top-class restaurants nearby or before going for a beer in town.

Check their website for an up-to-date schedule of what movies they're playing and when, as well as prices and other facts.