gay tourism websites have popped up, providing information on the nightlife scene...

Iceland is unique in many ways. One thing in particular makes Iceland humane.

The rights of the LGBT community are on the right track here. The general sentiment in Iceland is that being gay is okay and some of us think it is just awesome, you know, if that is what you're into. We aren't perfect, and much can be improved... but we are among the world's frontrunners when it comes to equal rights for all. Here are some reasons why Iceland is gay friendly!

First things first. Civil unions for gay and lesbian couples became legal in 1996, among the first in the world. In 2010 a bill was passed that changed the definition of marriage as a union between a man and woman into a union between two people, regardless of gender. On a global scale this was an unprecedented move forward in the battle for equal marriage rights. Coincidentally, or maybe not, this bill was passed when the world's first openly lesbian Head of Government, JÃ³hanna SigurÃ°ardÃ³ttir, was prime minister. 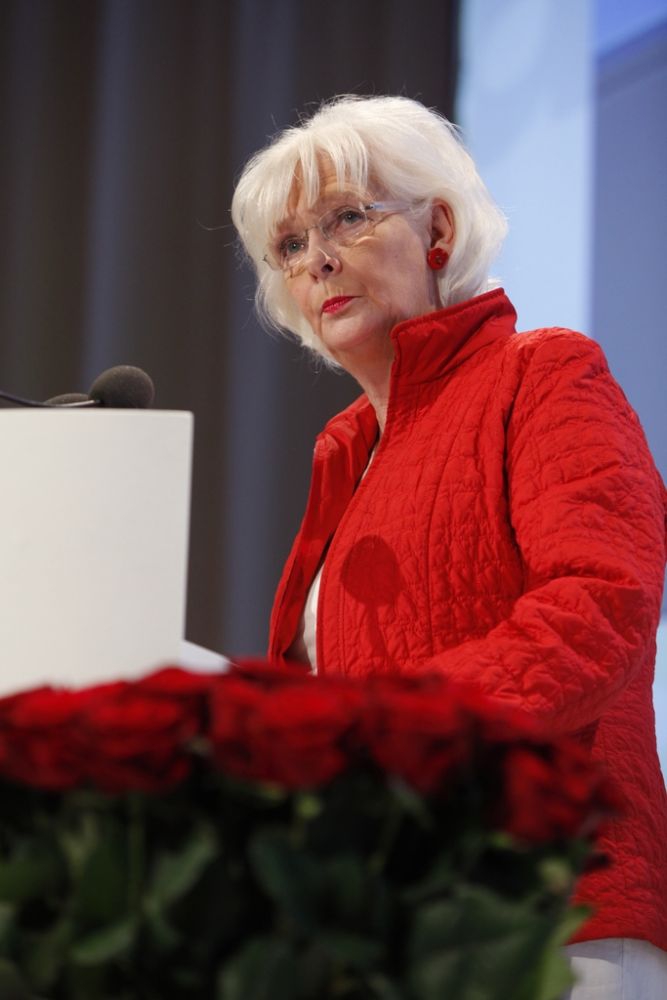 One of the reasons that makes the progress mentioned above possible is that Icelanders are not particularly religious people, and the ones that are, are pretty tolerant. The majority of the population can best be described as very passive Christians â the majority belongs to the Lutheran state church, but there are only probably four to five occasions during the life span of the average Icelander in which they will partake in a religious ceremony or event. These are baptism, confirmation (much to do with the money and gifts), marriage, and lastly, death. Some might frequent Christmas mass, but that's usually more for the sense of celebration than a deeply religious activity. Now, I am speaking in very general terms here, so bear with me... but the overall sentiment is that being gay is not stepping on anyone's religious toes. So much so that homosexual priests are a thing here. It has recently become possible for people who are openly gay to become ordained ministers of the Church of Iceland.

The party aspect of gay life in Iceland is at high point at the beginning of August, when thousands gather to celebrate Gay Pride. For fifteen years now Gay pride has been one of the main events of the summer; it is a colourful, vibrant and lovely day. All kinds of people gather in the downtown area to watch the parade go by. This is also a day that families spend together. There are children running around wearing flower necklaces in rainbow colours and waving rainbow flags. One of the great things about this parade, besides bringing people together, is that it spreads a message. There are plenty of floats going by which are politically motivated. This year, 2013, several floats criticised anti-gay policies in countries like Russia. Above all, this is a day that reminds us of the battle for equality that has been fought now for decades by brave people who refused to accept being second class citizens.

Speaking of the battle, activism surrounding gay rights and that of the LGBT community is alive and kicking through SamtÃ¶kin '78 which is the biggest and most active organization promoting the welfare of its members. They provide support to all who need it as well as education about homosexuality and the transgender movement. They organise events, run a library and provide support, which is vital to the youths who are unsure about their sexuality, or sure that they are indeed not straight. The current status quo would have not been possible without SamtÃ¶kin '78 and some very brave individuals who forged the path so that today we can live in a society which is tolerant and accepting.

On a lighter note, we have some fabulously famous gay people here. The best known of them is PÃ¡ll Ãskar, a singer and performer who has almost single handedly made Iceland glamorous. Since the beginning of his career he has churned out danceable tunes and frequently DJs and performs around the country. He is mostly known outside of Iceland for his performance in the Eurovision song contest in 1997.

Here is a video from an album he released ten years later in 2007, the song is called 'Allt fyrir Ãstina' and translates into 'Everything for Love'.

In recent years gay tourism websites have popped up providing information on the nightlife scene and organising special events and tours around the country. One concept that I found particularly awesome was 'Bears on Ice', a gathering of gay men who consider themselves to be bears (big, loveable and sometimes hairy). BEARS ON ICE in the Blue Lagoon!!

There are parties and events year round that are tailored specifically around the needs of the LGBT community. They also provide more elaborate services like planning and organising weddings. The two best known and most renowned of these websites are gayiceland.is and pinkiceland.is.

It is, of course, not necessary to be gay to enjoy their services, but they do require that you are open to having a good time with some good people!

So whether you are interested in visiting Iceland because of our awesome liberal ways and find this sort of progressive society inviting, or whether you are hoping to get married to your partner under a waterfall, the time is now and the place is Iceland.