Right across the street from Baejarins Bestu is Kolaportid, the flea market. It's only open during the weekend. At Kolaportid you can sample some shark and dry fish. The dry fish at the fishmarket is the best you can get!

Baejarins beztu pylsur. Translation: The best hot dogs in town. We assure you that it's no overstatement or exaggeration. In fact, we can boldly state that those hot dogs are one of the best in the whole world. At least it's the best hot dog stand in Europe, according to The Guardian. Baejarins Bestu is a modest little hot dog stand in central Reykjavik, close to the harbor, and has been in business since 1937, which makes it one of the oldest establishments in downtown Reykjavik

You can't go to Iceland without having „ein med ollu', one hot dog with everything. So what does that imply? Ein med öllu is a hot dog in sliced bun, garnished with ketchup, dark mustard, fried onion, raw onion and remoulade, a sweet mayonnaise based sauce with relish. You could also try „The Clinton', named after former president Bill Clinton, who came to Iceland in 2004 and was called at by María, an employee of the famous hot dog stand. She recognized him and suggested he'd try „the best hot dogs in town'. Clinton ordered a hot dog with just mustard, and enjoyed it so much that a few months later he sent Baejarins Bestu a letter, thanking them for their hospitality and delicious hot dogs.

Travelers are often introduced to Baejarins Bestu by locals when asking where to grab a quick bite. After all, the place does not only offer world-class hot dogs, but the hot dog stand is also a big part of Icelandic culture. They have been in business for a long time, and the hot dog is often jokingly referred to as the national dish of Iceland. There is almost always a line at the stand, but the staff there is extremely quick when it comes to servicing the costumers, so you don't have to wait your turn for long. It's very cheap to eat at Baejarins Bestu, you can get a hot dog and a soft drink for under 500ISK. Not bad, huh? Don't let the opportunity pass you by. Satiate your hunger in a quick, tasty and cheap way at the world famous hot dog stand. 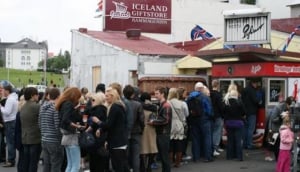 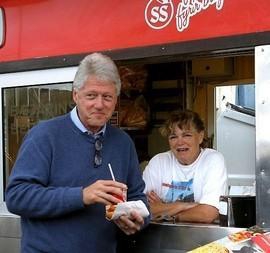 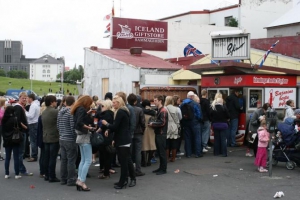 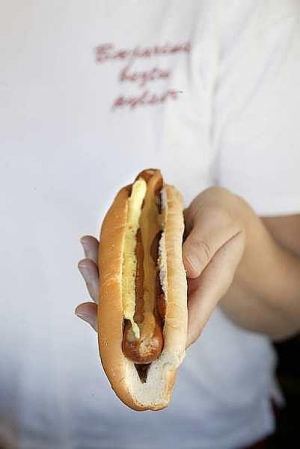 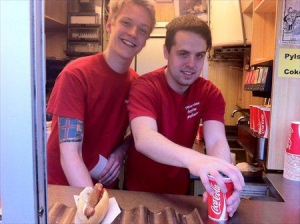 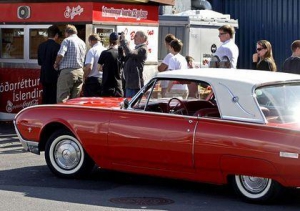