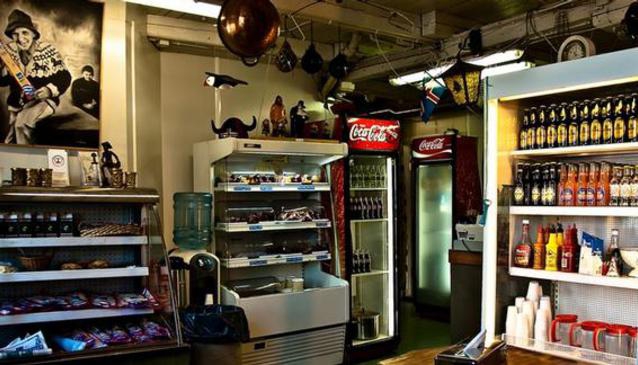 Missing out on the world's best lobster soup is probably the worst crime you could possibly commit in Iceland. Seriously, you have to taste it.

When looking for fresh seafood in Reykjavik, there is a lot to choose from. When your possibilities are seemingly endless, it only makes sense to look to the sea, and the Reykjavik harbour. There you will find Saegreifinn, an old-line seafood restaurant owned by the famous Seabaron, a retired Icelandic fisherman and coast guard chef. Saegreifinn is situated in an old green painted fisherman's hut by the harbour. It's a charming place for sure, and the eccentric Seabaron, delightful owner of the lovely restaurant, is always around.

The menu includes pretty much anything you could be looking for, but the main attraction is the world renowned lobster soup, considered to be the best of it's kind in the world by locals and traveling experts. The soup is tasty and light, and contains suggestions of celery, red bell pepper, tomato, cinnamon, clove, coriander, and heavenly chunks of fresh lobster. The result of those ingredients is simply out of this world, and the soup is accompanied by a basket of warm bread and creamy Icelandic butter.

We highly recommend the soup, and it would be a shame to miss out on the opportunity to taste the world's best lobster soup, but there is more to Saegreifinn than just the soup. He is famous for his grilled seafood on a spear, served with potatos and vegetables on the side if you wish. There is a wide variety of options, you can have mink whale, angler, catfish, cod, skate, halibut, salmon, lemon sole, plaice, blue ling, torsk, river trout, prawns and more. Try the „moby dick on a stick' if you're feeling politically incorrect enough, or the tasty shark prepared according to old viking custom if you're in a courageous mood. And don't forget to sign the guestbook on your way out. 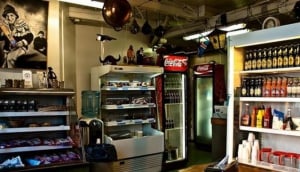