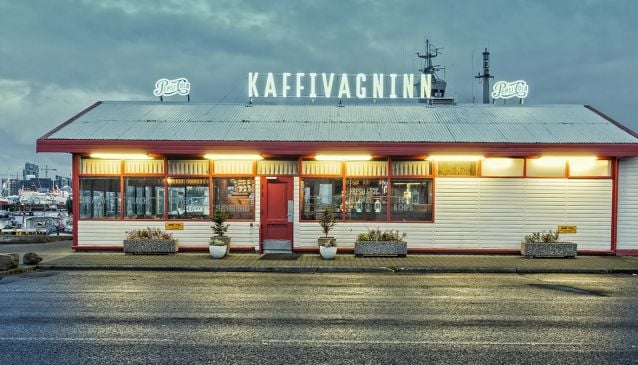 Kaffivagninn, or the 'Coffee-Wagon' is a storied institution which has served 'home-style' food on the waterfront since 1935, an area which is now very hip and up-and-coming. In the beginning the cafeteria was situtated in a shed on the back of a lorry, up the street from where it is now. Over the years it evolved, into a small house on stone wheels in its current position, which seated 10-15 people at a time.

At the time, the fishing industry in the area was so busy that work would often go on round-the-clock, and Kaffivagninn opened very early in the morning to service dockworkers and fishermen. Guðrún, the owner, set up the first life preserver in the waterfront and housed the only telephone, which many people came to borrow. The current house was built in 1975 and has been operated by relatives of the same people since then.

In the new century, the restaurant has specialised in gourmet coffee, gotten a liquor licence, along with breakfast, brunch, all-day seafood dishes and Scandinavian smorgasbord. Recently an impressive terrace was built all around the house, for outdoor seating. 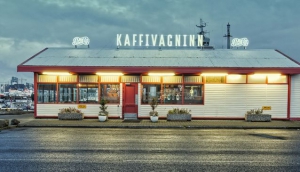