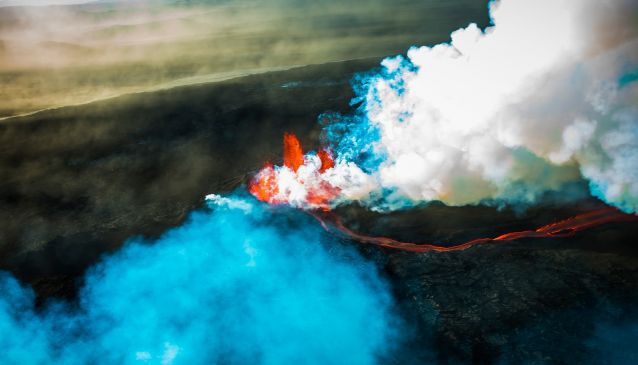 Don't even go there. Literally.

Bárðarbunga is a Volcano in the east of Iceland, under Vatnajökull Glacier, the largest icecap in Europe. In late August 2014, it started experiencing intense seismic activity, leading to cracks and fissures forming to the north of the volcano, in the Holuhraun lava field. The eruption is ongoing and has up until now been relatively peaceful, as these things go, owing in part to the fact that it has remained north of the glacier.

Historically Bárðarbunga is one of the largest volcanos in Iceland, and it has erupted about every 250-600 years. It was the site of the largest known Icelandic volcanic episode, known as the Grímsvötn eruption, in 1477, which had a Volcanic Explosivity Index of 6. The volcano has been showing increased activity in the last few years, culminating in the present eruption.

As yet there has been little to no disruption to aviation service due to the eruption, but if the greater volcano under the glacier erupts, it's not clear what will happen. 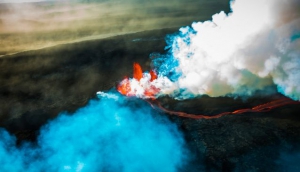