This unique link golf course differs from others of its kind due to its position some 20km away from the coast. The topography here is comprised of sand and lava, making it prime link golf territory. Set on low-lying land, you'll witness magnificent panoramic views of mountains, glacier Eyjafjallajökull and Mt. Hekla.

Founded in 1952, Hella was originally a nine-hole course built on Gaddastadaflatir by the river Ytri-Ranga. However, some six years later the club had to move due to the lack of available land on the site. It was not until 1970 that the club re-opened in Strandarvöllur, just 4km outside of Hella village. It later was extended to become an 18-hole course in 1986.

Facilities at the Hella Golf Club include a clubhouse, a driving range for practicing and a café serving hot and cold meals. The café is open from 8am - 10pm daily. 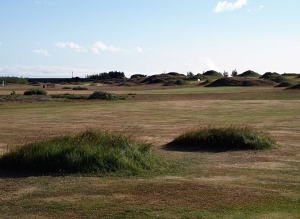 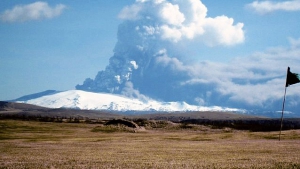 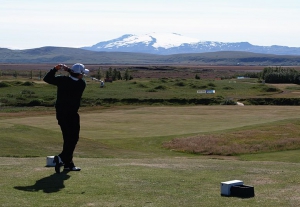 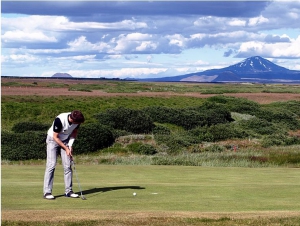 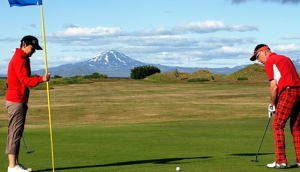