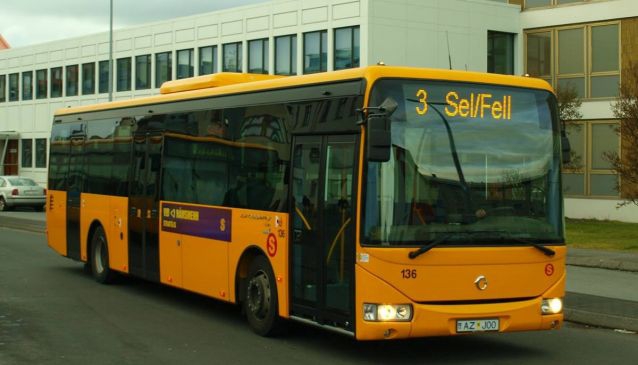 Hlemmur bus terminal is on Laugarvegur high street - walking distance from most shops and restaurants in downtown Reykjavík!

Hlemmur bus station, in the Reykjavík city centre, is one of the major bus stations for the Strætó bus company in Reykjavík. It is situated on the Laugavegur high street, where most people would say that the 'downtown area' begins, opposite the Police Station and an easy walk from almost anywhere central.

Basically all bus routes in the city stop by Hlemmur, so if you need to get somewhere on the public bus but you don't know how, Hlemmur is a good place to go. It's also a good place to buy bus cards, though you can usually buy them on the bus itself as well, with the Straeto App, or simply by picking up a Reykjavík City Card, which is valid for the Straeto bus system as well.

Not to be confused with the BSÍ Bus terminal, which is the centre for Reykjavík Excursions and many coach transfers to Iceland's countryside, as well as the Flybus.

The name 'Hlemmur,' which most commonly used for the lid of a pot, and means a 'covering' of some kind, originates from a 'stump' of a bridge which was improvised to cover a creek that used to run there. The adjacent street 'Rauðarárstígur,' meaning 'Red-river-creek road' refers to the creek it used to cover.

Hlemmur Bus Terminal, on the corner of Laugavegur and Rauðarárstígur, Reykjavik-Centre, 101 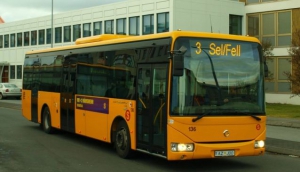