A Guide to Iceland's Golden Circle

We offer a lot of Golden Circle tours! Check them out here.

Southern Iceland is a fascinating place, a landscape sculpted by apoplectic volcanoes which dominate every vista and shape every contour of the island. It is as alive as anything that dwells upon it, snorting through its orifices and dribbling along its rivers, the purveyor of countless natural wonders and the proprietor of many of the most popular things to do in Iceland.

One only needs to glance at a map of Reykjavik and the area that surrounds it to ascertain just how much there is to see in this region. This is where you’ll find the sights that make most people travel to Iceland in the first place, beginning with Reykjavik itself, and extending beyond the Blue Lagoon to a smorgasbord of rivers and lakes, lava fields and hot springs, each as photographic as the next.

The Golden Circle encapsulates the majority of these spectacles in a 300km route that takes visitors on a journey through the island’s geographical and anthropological history. It is the best way to tour Iceland if you’re short on time, or if you’re simply looking for a way to see as many Reykjavik attractions as possible in one fell swoop. There are plenty of tour companies operating out of the city, each typically offering an excursion spread across an entire day that covers, at the very least, the following three sites which comprise the backbone of the Golden Circle. 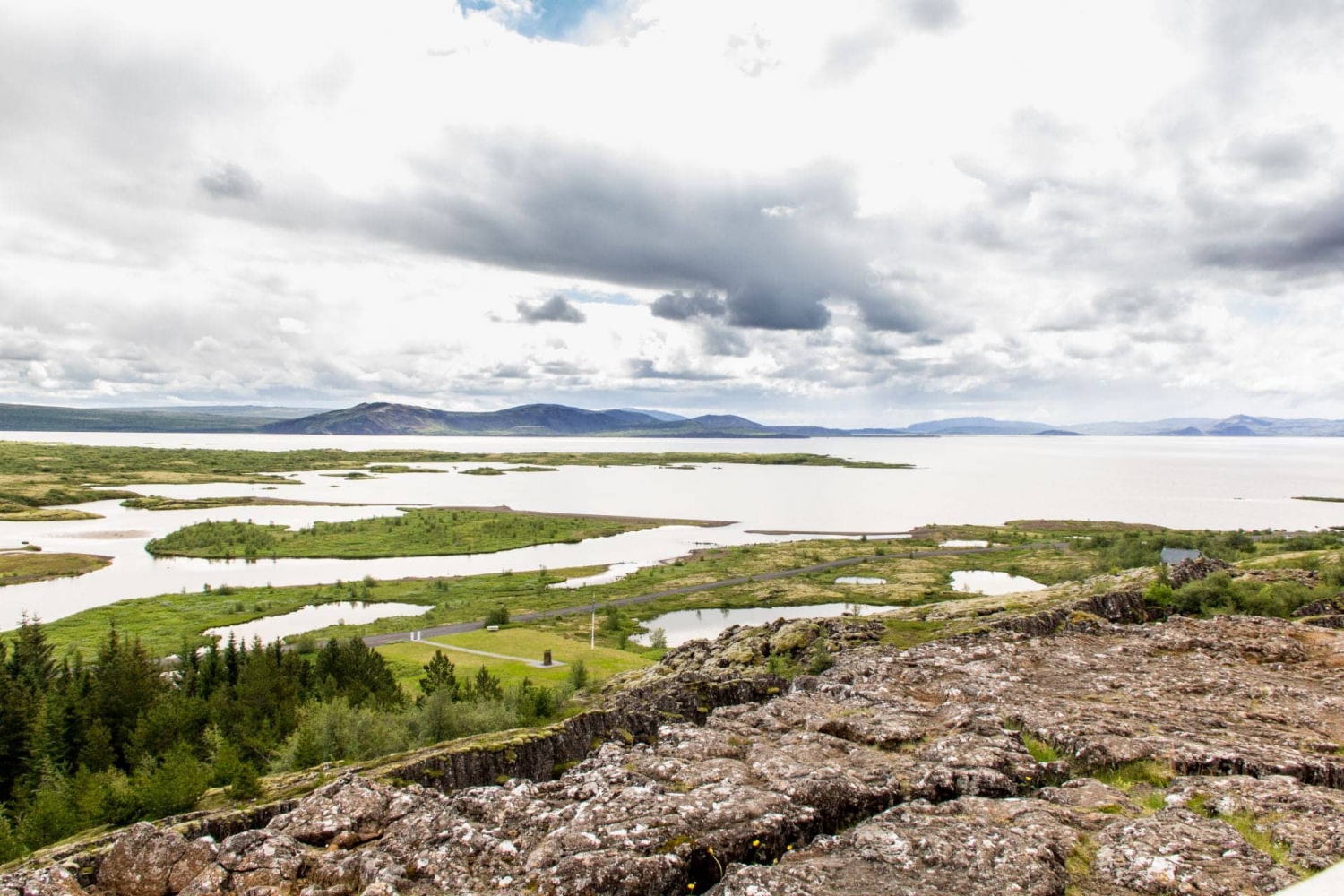 It’s difficult to appreciate just how powerful Mother Nature can be. We get a sense of it when house-ridden by a violent storm, or when we switch on the TV to see the aftermath of a natural disaster on the other side of the globe, but rarely do we get the opportunity to actually stop and appreciate just how much strength our planet possesses, or to inspect the incredible capacity harboured within its molten bowels.

Þingvellir marks the meeting place between the continental plates of North America and Eurasia, a rift valley that presents a frozen snapshot of the glacial tearing apart of two colossal slabs of rock. It is impossible to comprehend the force that created the gorge, which is widening at a rate of 1.5 centimetres each year, and boggling to contemplate the amount of time it has taken to crawl to its current state. Trying nevertheless, and doing so while standing on the chasm’s edge, serves only to illustrate how small a single human being is in comparison to Mother Nature.

But this isn’t just a place of scenic significance: Þingvellir is the site on which Iceland’s first ever parliament was established, and, by extension, where Iceland as a nation was founded. Beginning in 930 AD, this is where chieftains from 36 clans based across the island would converge for two weeks every summer, taking the opportunity to resolve disputes and formulate laws. It’s a long time since the last of those meetings was held, of course, but the weight of significance that Iceland’s forefathers must have felt when visiting still very much exists.

Check out: The Golden Circle in a Super-Jeep 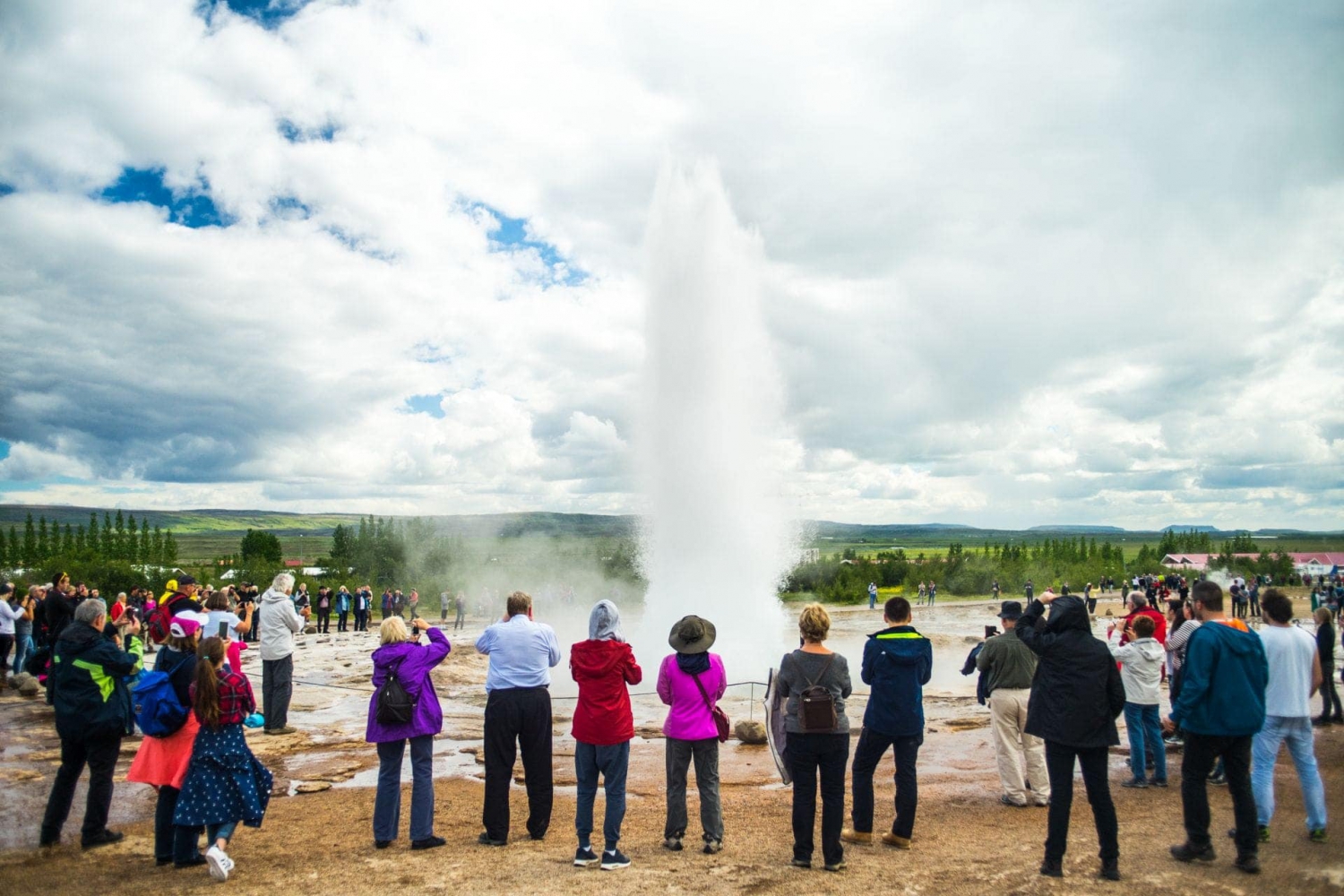 No one really knows why geysers do what they do; it might be due to varying water temperatures that induce aggressive imbalances beneath the earth’s crust, or perhaps they originate as subterranean belches that rise from deeper within until they taste fresh air. What we do know is that they are a spectacular phenomenon, bursting unstoppably from fissures in the ground like a fireman’s hose poked skywards, graceful, piercing and volatile all at once.

We also know that every geyser in the world can be traced back to the Golden Circle’s Haukadalur, etymologically at least. The Icelandic verb geysa, which means “to gush”, was used to christen a particularly impressive blowhole found in this valley which used regularly to spurt a fizzing column of water 70 metres into the skies above southern Iceland. Geysir eventually became more reticent, but not before the Age of Enlightenment came along and solidified its legacy by deciding every other geothermal fountain on earth should be named after it.

Today, the limelight has been passed a few metres over to Strokkur, which reliably expulses itself to the unfailing delight of an encircling crowd every few minutes. The water released with each ejection is excruciatingly hot, though it does make for some of the best photography opportunities to be found on the whole island. Make sure your camera batteries are fully charged, and watch where you step.

Check out: The Golden Circle and the Northern Lights

Translating directly as Golden Falls, Gullfoss is Iceland’s answer to Canada’s Niagara, South America’s Iguazu, and Africa’s Victoria Falls. Although not as celebrated as its foreign counterparts, however, Gullfoss is just as sublime, arguably more so depending on the time of year in which it is seen. If you catch it in the summer, for instance, you’ll see it gently manufacturing plumes of vapour which clash with warm rays of sunlight to produce tiers of arched rainbows, while six months later you might find it cloaked in a thick blanket of ice that reflects the curtains of light which dance overhead.

Perhaps Gullfoss’ most arresting feature is the angular direction in which it folds down the series of neat plateaus that lie beneath it, twisting through an entire 90 degrees as it tumbles through the canyon. At this point, the river has already made a 40 kilometre journey from Hvítárvatn, a breath-taking lake that sits in the country’s highlands, and still has a long way to go until it leaks out into the Atlantic Ocean.

It is Iceland’s most famous and, arguably, most mesmerising waterfall, a symbol of the supreme importance water plays in Iceland’s day-to-day life. But it is also a symbol of the immense influence Mother Nature has over the entire island, and the way Icelanders have embraced the land on which they live. As such, despite the fact it is one of the country’s most popular tourist attractions, it is still a very local experience, and will forever be bound to the people who subsist beside it.