Into a Volcano on a Tuesday Afternoon

And then suddenly, we were hanging in the gaping void.

I recently got a chance to take the Inside the Volcano tour. I figured the opportunity to go INSIDE a volcano is worth re-organizing your day, so I made a few quick calls, borrowed an anorak, a warm hat and mittens, and I was on my way!

It was a rainy and breezy day downtown as I walked down the hill from the booking agency to the bus station. I arrived about 10 minutes early  - well dressed and so excited- and the full bus pulled away a few minutes before the scheduled 14:00 departure. 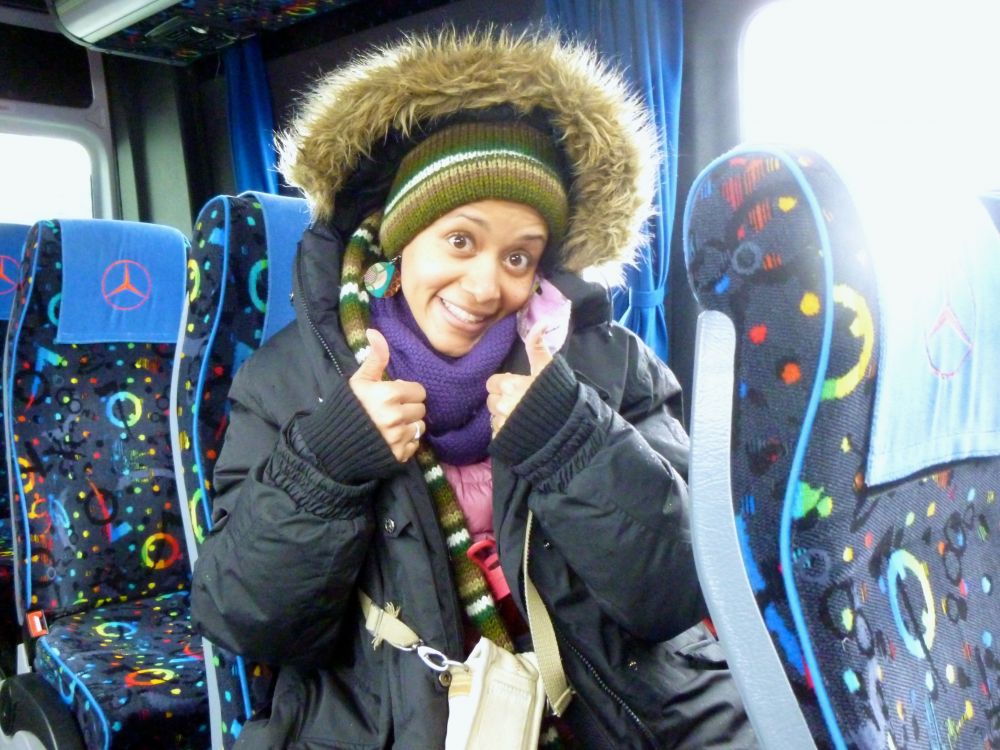 The ride out to Mt. Thríhnúkagígur took about 30 minutes from Reykjavík, past green mossy fields and snow-covered mountains. Thríhnúkagigur peak, a part of the Blue Mountains, is the only volcano in the world where you can go inside an empty magma chamber. Our guide explained that once a volcano stops erupting, the walls often cave in- thus transforming the volcano into a crater.

We arrived at a kind of visitor's centre, where we received a brief overview of the journey to the volcano. We would take a 3km walk to basecamp, which I would rather call a hike; though there was little change in elevation, on this particular (May) day, the snow was deep enough that my hiking boots were completely covered! I was well dressed so I was alright, but I bet the guy with the shorts and flip-flops had some second thoughts on the way!

We had the wind at our back on the way to the base camp at Þríhnúkagigur. Along the way, our guide Birgitta pointed out some pseudocraters (gervigígar), which are only found in Iceland and on planet Mars. The journey to the base of the volcano took about 45 minutes.

Once at basecamp, we had an opportunity to rest a bit and get a hot drink. They split us into groups of 3 or 4, and gave us helmets and harnesses for the short walk along the ridge, and subsequent descent into the volcano.

We met up with more guides who I later discovered were seasoned mountain men, experts in determining if it’s safe to make the walk up to the volcano. We were told it was some of the most extreme weather they'd ever done it in, but we never felt unsafe – clearly we were in good hands. The walk along the ridge was in nearly hurricane force winds that day. It was quite exhilarating as, instructed by our guides, we held hands and- with our back to the wind- slowly made our way up to the mouth of the volcano. They hooked our harnesses to lines on the metal bridge as we walked to the lift, then secured us to the lift itself.

The lift made it way slowly down, squeezing through spaces so tight that you could touch the inside of the volcano. And then suddenly, we were hanging in the gaping void. It's incredibly huge – taller than the Statue of Liberty – and the colors are amazing. 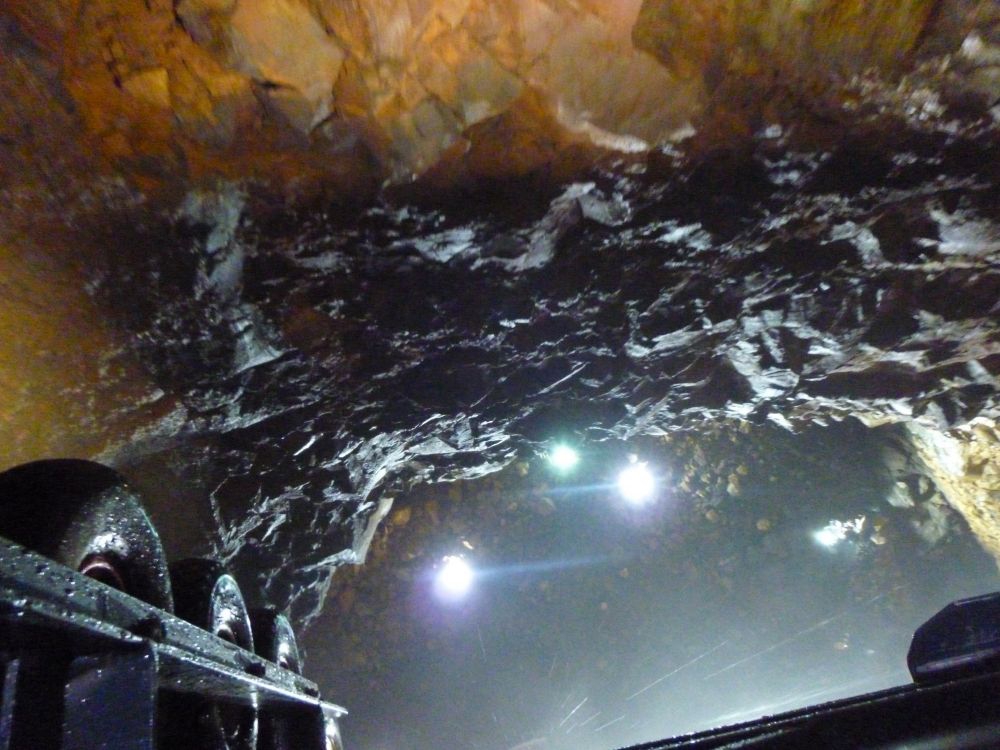 Once we landed, we had a free range to wander inside the volcano for about 30 minutes. There were bright orange lines marking out where it was safe to walk but I didn’t feel restricted at all. Even within those boundaries, it was wise to use a headlamp and step carefully as the ground is pretty uneven in a lot of places. I marveled at all the colors of the rocks- I expected browns and reds but not bright yellows, blues and greens!

It's surprisingly silent inside the volcano. Aside from the slight hum of the elevator running and the hushed whispers of my fellow travelers, the mountain really blocks out all outside sounds. The melted snow and rain was gently falling down into the volcano. The drops caught bits of light as they fell in what seemed like slow-motion- it was so beautiful. The photos really don't do it justice, it's hard to really capture the sense of serenity and peace I sat silently and let the fact that I was laying down inside this powerful (now dormant) beast of nature wash over me.

It wasn't bad for a Tuesday afternoon. Not bad at all. 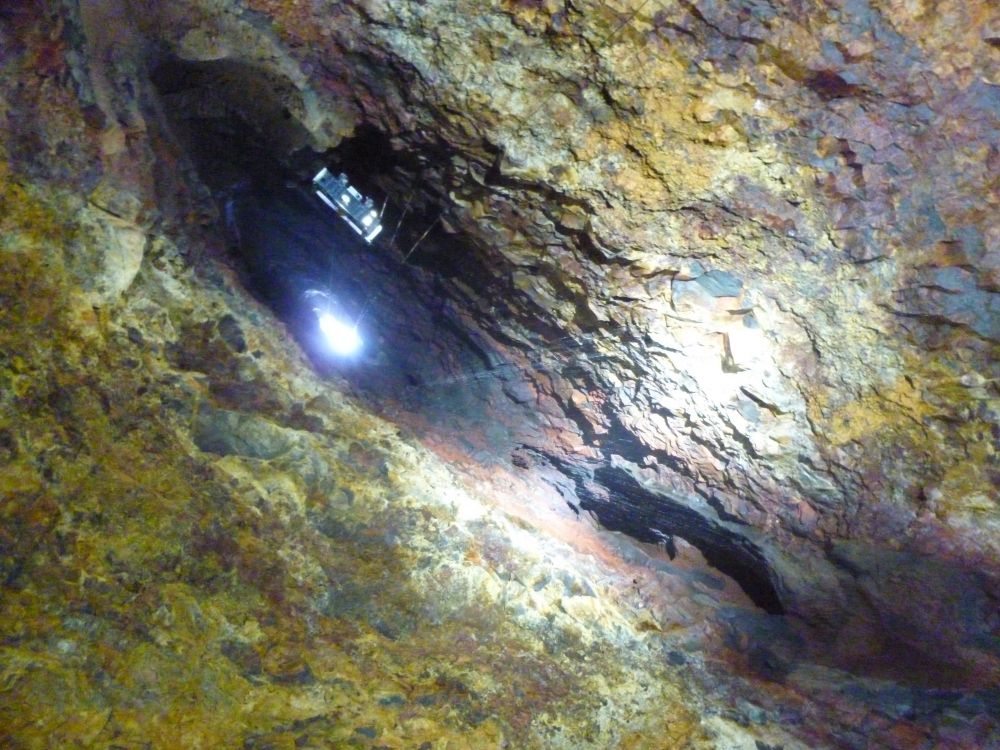 I really recommend this experience for anyone interested in nature, geology, adventuring, mountaineering, or who just wants to do something unusual. As I mentioned previously, it's the only place in the world where you can do this sort of thing – usually volcanos will collapse once they run out of magma, and if this kind of magma chamber exists anywhere else, there definitely isn't a handy day tour to lower you into it by elevator.

That being said, though it is efficient, it doesn't at all feel inauthentic or particularly “touristy” - our guides were real mountaineers and everything there felt very close to nature – the trek over the mountains, the walk along the ridge, even being exposed to the elements, gave the whole thing a very outdoorsy, adventurous feel. In all it's a great way to experience the unique, mountainous and rocky nature of Iceland, to get out of the city, and a truly magnificent way to spend a day.

Take the weather into consideration. It can change quickly in Iceland and can be different on the mountains than it is in the city.

-Bring sunglasses- whether it’s a surprise or not, it can be bright in Iceland!

-Dress well and wear comfortable shoes- hiking boots are best, if you have them.

-Bring an extra pair of socks in case your feet get wet.

-When inside the volcano, put away your camera or phone for a while and just enjoy it!

Let us know if you need help to book this tour. 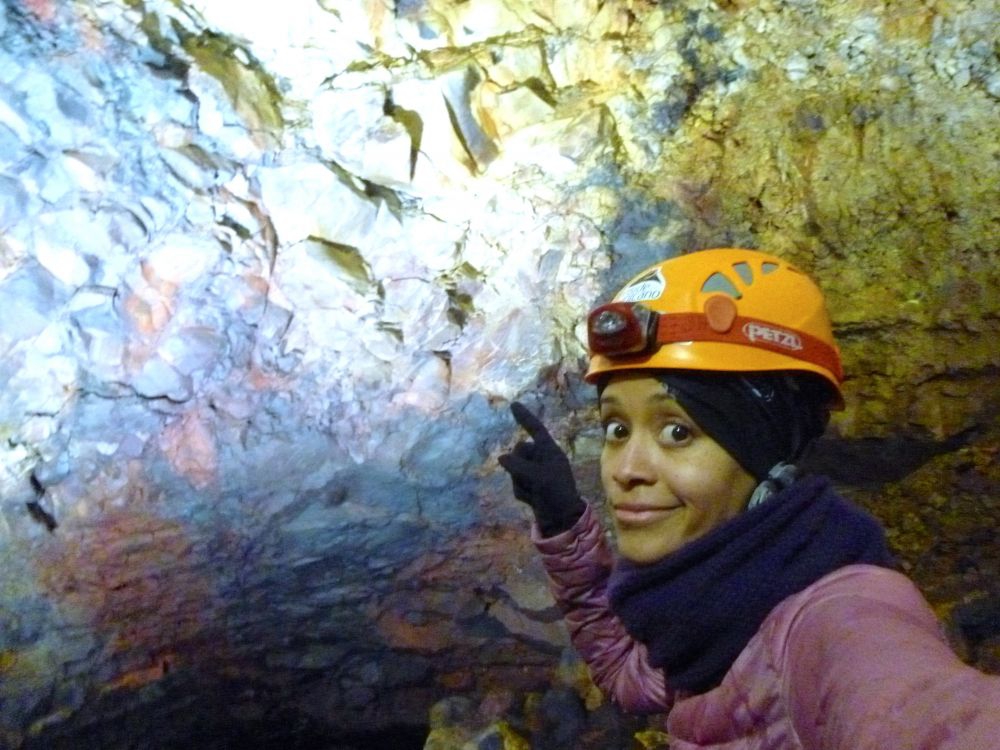