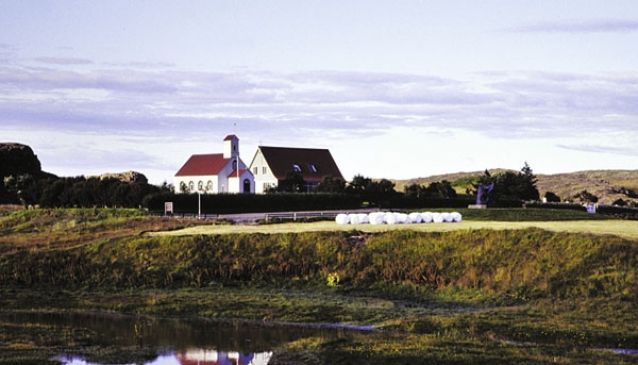 Situated just two kilometres away from Borgarnes, Borg á Mýrum sits as an ancient farm and church estate on the route to Snaefellsnes peninsula. The history for this area reaches back to the settlement of Iceland and was originally home to Skalla-Grimur, who claimed the area as his land. Skalla-Grimur was father of Egill, the hero of Egill's Saga, and a monument to Egill now stands at Borg.

The 'fortress in the marshes', as Borg á Mýrum means, has been significant throughout Icelandic history. A church was first built on the land when Iceland was Christianised around the year 1000 AD, and a small church can still be seen today, along with a large rock that gave the place its name and a sculpture of Egil's poem entitiled 'Loss of a Son', made by Asmundur Sveinsson. The church was built in 1880 and has a notable geographical alignment of facing North-South, a very untraditional aspect for Icelandic churches.

On the Snæfellsnes peninsula you will find Snæfellsjökull glacier and National Park, hot springs, as well as two 18-hole golf courses, one in Borgarnes and one in Akranes. 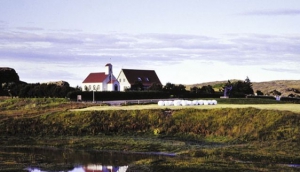