Icelanders are resourceful in storing food and letting nothing go to waste. Here is the result...

Iceland was an impoverished country historically, and inhabitants had to be inventive when it came to storing food and making sure that nothing went to waste. This caused our ancestors to come up with food that sounds awful to many foreigners (and even to many of the younger locals).

Of course, many traditional Icelandic courses are not weird and are actually quite delicious, such as the wonderful smoked lamb, rye bread and Skyr. Any restaurant you go to will have absolutely delicious food, both traditional Icelandic, modern Icelandic and international. But let's face it, that's not as interesting to read about as something you might see as a challenge on Fear Factor. These foods are a tradition in Iceland, and you see them especially during Ãorri in the months of January and February.

Since fresh shark is poisonous, in order to eat it, you first have to bury it in the ground for 6-12 weeks. After that most of the poison has broken down into ammonia. This little delicacy has a pungent taste and a heavy smell of ammonia, often compared to a strong cheese. Snacking on this little slice of heaven is often done to show your strength and hardiness. An essential accompaniment to go with it is the Icelandic Brennivin schnapps (Black Death) which you can find in any local bar. It might sound like a scary combination but trust us, it will make the experience much easier.

The good people of "Why Would You Eat That" did a surprisingly informative, if somewhat disrespectful, review of this delicacy:

(Above: not a real Viking) 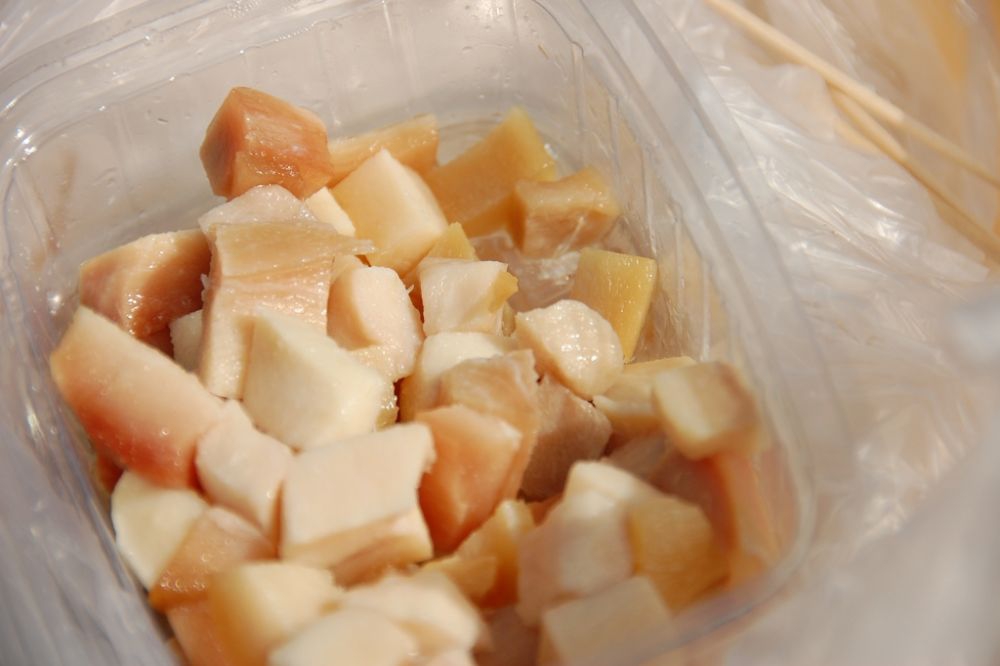 Yes, you read it correctly; ram testicles it is. They really did use everything back in the day. The testes are pressed into blocks, boiled and cured in lactic acid. Does not sound very tasty â and most donât find it tasty either, although a lucky few enjoy snacking on these sheep balls occasionally.

A very popular snack among Icelanders and best served with a chunk of Icelandic butter. You might say that it is the Icelandic version of beef jerky, but ours is made of fish. So fish-jerky. HarÃ°fiskur can be purchased in most supermarkets but the best ones are sold in KolaportiÃ° flea market. Other great places to try traditional Icelandic food are for instance CafÃ© Loki and the Icelandic Bar. 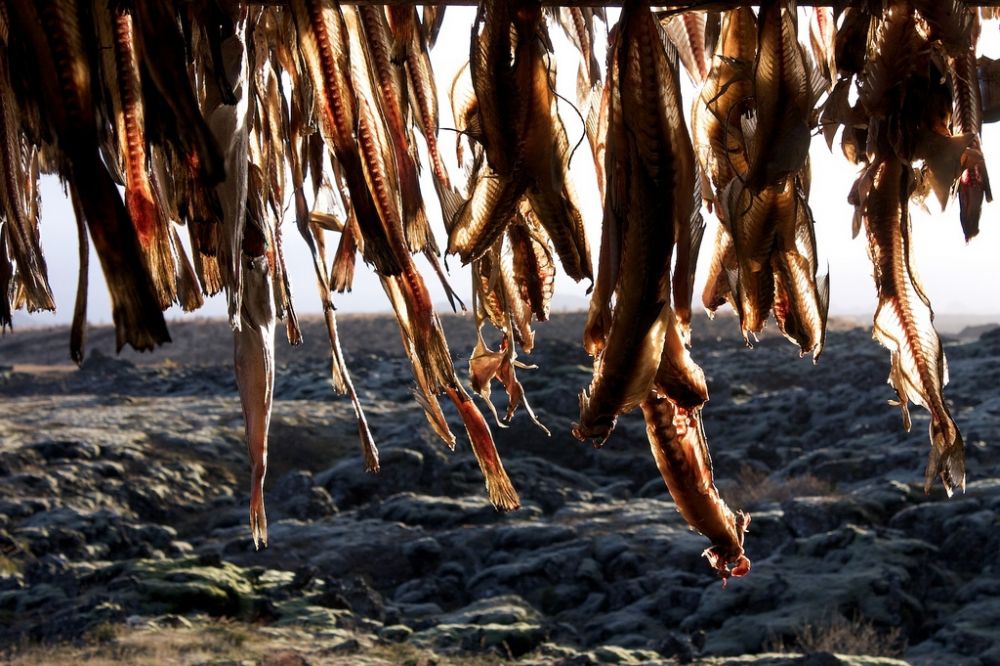 SviÃ°, a dish of sheep heads split into two halves, singed and then boiled is probably the most commonly eaten traditional dish in Iceland. SviÃ° isn't bad food, the head is pretty good meat, but many find it uncomfortable to literally look their food in the eye. And then bite it in the face. They keep everything from the tongue to eyes, since they are some peopleâs favourite parts to eat. You can get SviÃ° at the FljÃ³tt og Gott (Quick and Good) restaurant at Reykjavik's main bus station, BSÃ. 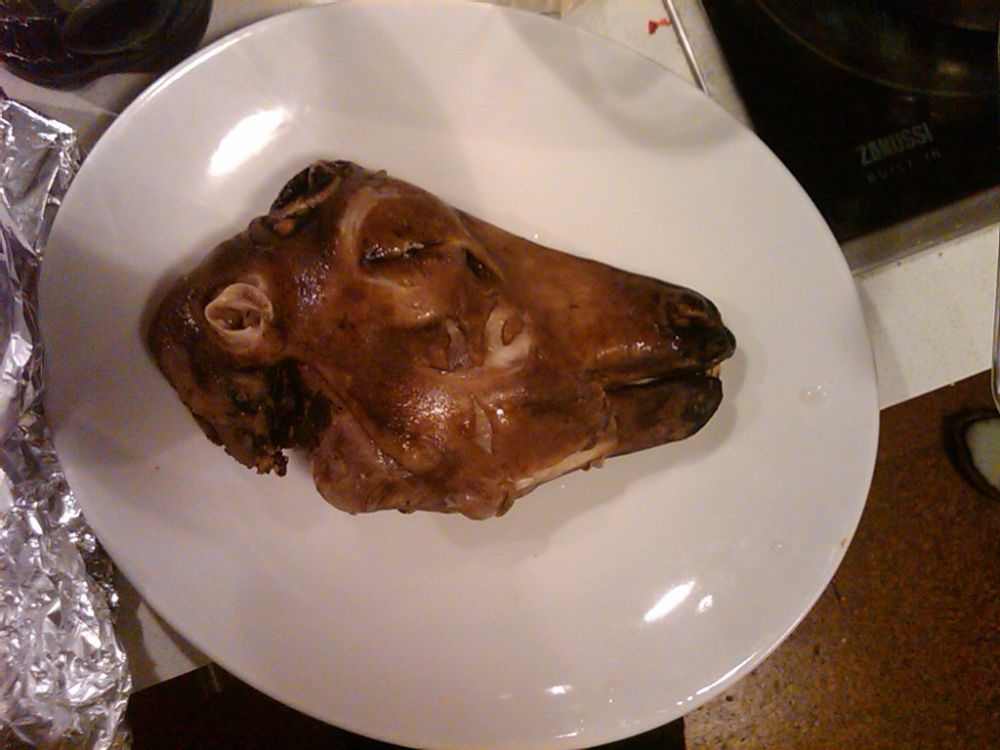 In this case, the name is actually much worse than the food itself. This blood pudding, a combination of lamb blood and suet mixed with flour and oats actually tastes pretty good. BlÃ³Ã°mÃ¶r is usually boiled and then fried on a pan, but itâs still a dish best served cold in our opinion.

Plan your trip today and taste these (and many more) unique delicacies! 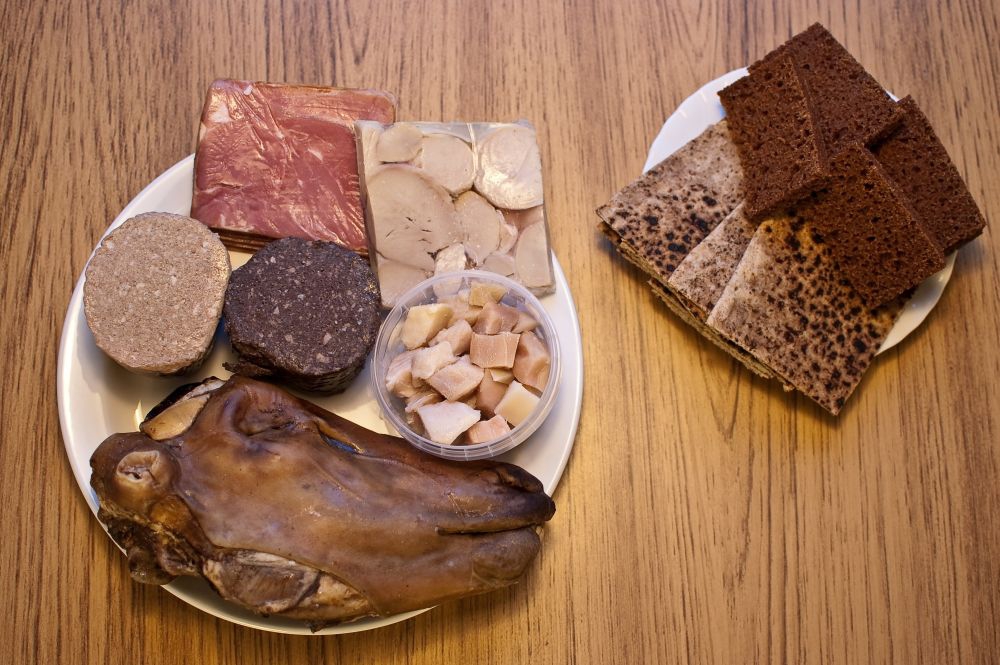