Iceland - Best in the World

Icelanders seem determined if they can't be the best, they're gonna be the absolute worst.

Iceland is a place of extremes. From the mountains to the valleys to the volcanoes to the glaciers, the country does not do things by half measures. And neither do the Icelandic people, as a nation they seem determined that if they can't be the best at something, they're gonna be the absolute worst. Anything rather than ordinary.

An island the size of Kentucky in the middle of the North Atlantic Ocean, sporting a population of only 330.000 people, with its own language, culture and its own rich history. The country boasts a number of world-record holders in different disciplines and a number of prominent artists in different fields, as well as being politically unique and incredibly progressive in many ways. Finally the country boasts some impressive records for medication and bad habits.

But how do we best describe the country? Let's paint a picture using statistics and numbers.

- ReykjavÃ­k, the capital of Iceland, is the northernmost capital in the world.

- Iceland is the least densely populated country in northern Europe, (9th in the world). In fact, the population is so small, a popular pass-time when meeting someone you don't know, is asking where they're from and finding a mutual acquaintance (there is always a mutual acquaintance). This means it's a great place to get away from droves of tourists and travel off the beaten track, especially if you get out in the country.

- Iceland has more sheep than people.

- VatnajÃ¶kull (Water-glacier), in the east of Iceland is the largest icecap in Europe.

- Iceland has a lot of waterfalls, among them Dettifoss, the most powerful waterfall in Europe. Dettifoss, the most powerful waterfall in Europe, with a person next to it for scale.

- Icelanders are the most friendly people in the world.

Iceland is ranked as a âstrong performerâ when it comes to green living, which is unsurprising when you consider that:

- All of the country's electricity comes from very environmentally sound hydro- and geothermal electric plants.

- 90% of space heating comes in the form of geothermal water, heated naturally by the earth. Nesjavellir Power Plant or, as we were told when we were small: "Where clouds are made".

- The air and water is some of the cleanest in the world.

- Icelanders are among the biggest drinkers of Coca-Cola in the world, per capita.

- When Domino's Pizza opened in ReykjavÃ­k in 1993, it broke the current record for most pizza sold anywhere in the entire world.

- Interestingly Mcdonalds no longer exists in Iceland. When the economy collapsed in 2008 the company famously left the country and hasn't returned since.

Happiest in the world (?)

Iceland has for a long time come up near the top in happiness and well-being surveys, which isn't weird considering it boasts a developed economy with high work participation, gender equality, economic equality, social welfare, long standing peace and unpolluted environment, high standard of living and high life expectancy. There are some signs that this may be changing but Icelanders still report being generally happy and positive towards life.

This is particularly interesting considering that Iceland also has the highest consumption of antidepressants per capita.

Strongmen: Two Icelandic men, JÃ³n PÃ¡ll Sigmarsson and MagnÃºs Ver MagnÃºsson, have each won the âWorld's Strongest Manâ competition on four separate occasions. They are currently tied for 2nd and 3rd place in winning the title most often in the world. 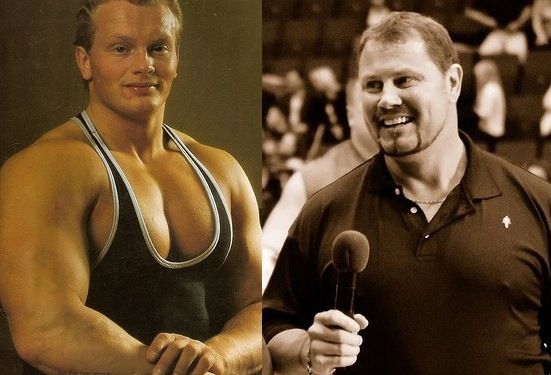 In recent years, a young Icelanders named HafÃ¾Ã³r JÃºlÃ­us BjÃ¶rnsson has showed a lot of promise to carry on their legacy, having finished 3rd in the competition both in 1012 and 2013. He is now joining the ranks of famous Icelanders by performing on the hit HBO show Game of Thrones which is filmed in Iceland.

- Iceland is the smallest nation to ever win a medal for a team sport at the Olympics, namely the silver medal for handball in Bejing 2008.

This has given rise to the myth (much preached by Icelanders themselves) that Icelandic women are the most beautiful in the world, and Icelandic men the strongest. However, if that was ever true, it may be changing now, since..

- Iceland is now the second fattest nation in the world.

Some are more equal than others

- Iceland is the country with the greatest gender equality in the world.

- Iceland had the first democratically elected female head of state, VigdÃ­s FinnbogadÃ³ttir, in 1985, and the first openly lesbian prime minister in the world, JÃ³hanna SigurÃ°ardÃ³ttir, in 2009.

- Iceland was the first nation to recognise the sovereign state of Estonia in 1991 when they declared independence from the USSR.

In recent years ReykjavÃ­k's mayor, comedian JÃ³n Gnarr, has been very vocal in the battle for gay rights, dressing in drag and openly supporting Russian band Pussy Riot, even going so far as to suggesting breaking off diplomatic relations with Russia due to their persecution of LGTB people

- Iceland has the most authors in the world per capita â on average 1 in 10 Icelanders publishes a book at some point in their life. Which is not so strange considering that...

- Icelanders read the most books in the world per capita. This all ties in to Iceland's rich literary history, dating back to the 12th century sagas of the Vikings.

So, is Iceland the best country in the world? Maybe. Maybe not. You can, of course, prove anything using statistics, and when Icelanders claim the country is "the best", it's usually done with more than a little humour. However, it is interesting that such a small country has so many claims to fame on a world scale, so maybe you just need to come here and find out for yourself.