From the ancient Sagas, to the Nobel Prize winning Halldór Laxness, Jules Verne and J.R.R. Tolkien..

Iceland has an extremely interesting literary history. From the Sagas, an unparalleled collection of 12th century Viking writings, to the Nobel Prize winning HalldÃ³r Laxness, to modern day crime writers and comic artists, to influencing foreign writers such as Jules Verne and J.R.R. Tolkien, there is something for everyone.

Iceland was an early adapter of universal literacy and even in the 18th century, when the country was very poor, priests were obligated to ensure that everyone who underwent confirmation (which was everyone) knew how to read. Today Iceland has the most authors, most books published and most books read per capita in the world.

But where in the country do they all come from? Is there a magical town where all the authors live and print their books? They come from all over. In fact, here are 8 places in Iceland associated with famous works of literature.

LandnÃ¡ma may be the most famous book you've never heard of. As ancient documents go, this is a pretty important one. Tracing the family lines back to the settlement of Iceland, it records how the first settler, IngÃ³lfur Arnarsson, made his home in Reykjavik in the year 874.

LandnÃ¡ma is one of the Icelandic Sagas, a unique collection of dosens of writings written down 12th and 13th century. Some of them are records of oral traditions dating back to the great migrations, such as AtlakviÃ°a, a legend of Atilla the Hun, and some are written down in near real time, such as Sturlunga, about clan feuds in the 13th century.

LandnÃ¡ma was probably written by Ari Ãorgilsson in Haukadalur, in western Iceland, in the early 12th century. Haukadalur is also where you find both Gullfoss and Geysir on the Golden Circle Tour.

You can take a look at LandnÃ¡ma and a lot of other ancient manuscripts in the Ãrni MagnÃºsson Institute.

HallgrÃ­mskirkja - The Saga of Eric the Red

This is another one of the Icelandic Sagas, and though you may not have heard of Eric the Red, you have probably heard of his son: Leif âthe Luckyâ Ericsson. The Saga took place around the year 1000 and was written down around 1200. It tells of how Eric the Red fled from a blood feud in Norway to Iceland, killed someone there and fled to Greenland. Amazingly, he was called âthe Redâ because he had red hair, and not because he was constantly covered in blood.

His son Leif, while sailing to Greenland, blew off course and found America 500 years before Christopher Colombus did. He didn't like it so much though, so he went home. There is a statue of Leif in front of HallgrÃ­mskirkja church, one of the tallest buildings in ReykjavÃ­k, the capital. 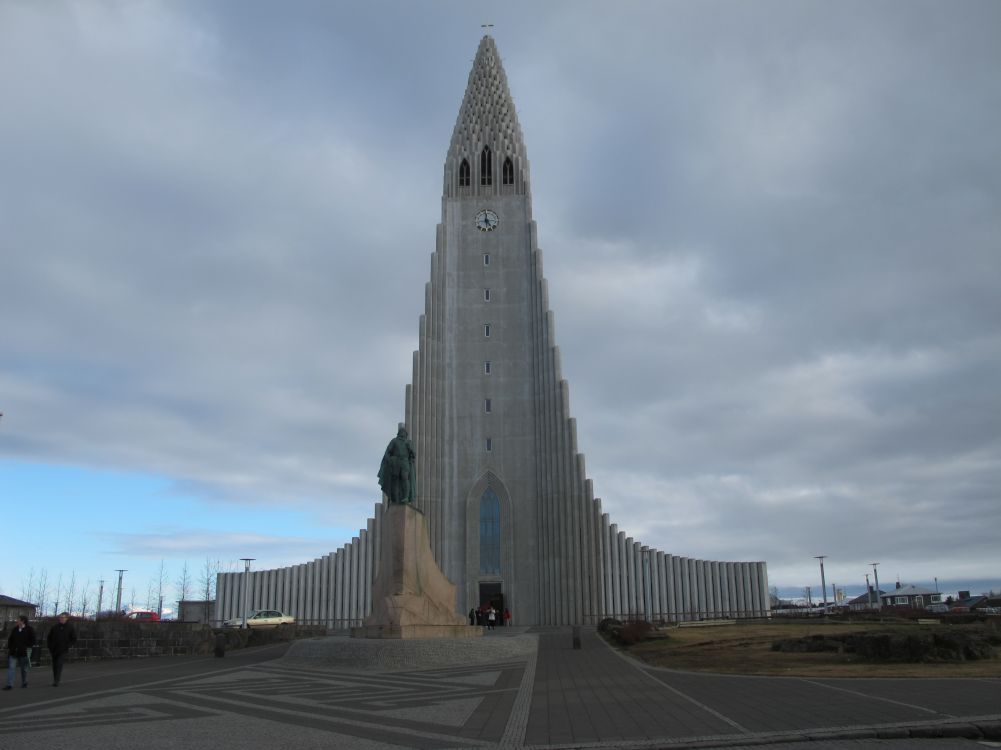 The literary history of Iceland is, as in many places, deeply entwined with the history of the Bible and its translation.

After the conversion from heathenism to Catholicism in 1000 AD, the Bible was in Latin. With the growth of Lutheranism however, the need for a translation grew stronger, and in 1540 Oddur GottskÃ¡lksson had the first Icelandic New Testament printed in Roskilde, Denmark. This also happened to be the first book printed in the Icelandic language. Then in 1584, the complete Bible was the first book to be printed in Iceland. This printing took place in HÃ³lar in Hjaltadalur, in the northern part of Iceland.

HÃ³lar is in many ways a fascinating place: it has a population of only a hundred people, and still has a cathedral and a university, as well as many archaeological sites and ancient ruins. It is not far from lake MÃ½vatn and an easy drive from Akureyri city. 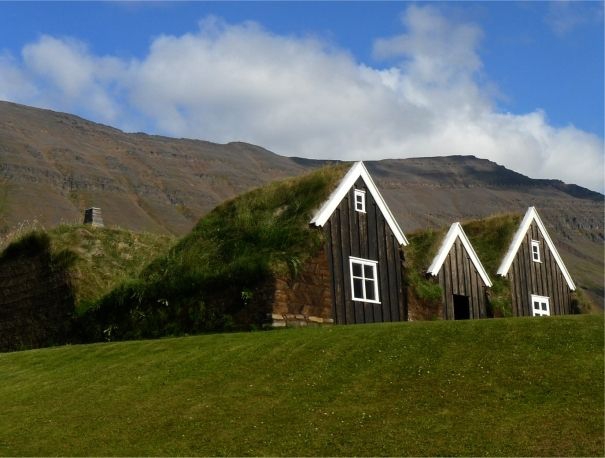 HalldÃ³r Laxness was the winner of the Nobel prize for literature in 1955. A published writer from the tender age of 14, he developed a unique style of writing, abandoning the strict traditional Icelandic rules of spelling and grammar for a more free-form style.

He was constantly treading new ground, finding religion and losing it again, becoming enamoured with socialism and later disillusioned with it. He's hard to pin down but compassion for the downtrodden is his most consistent theme. His most important works are probably The Great Weaver from Kashmir (1927), the first modern Icelandic novel, Salka-Valka (1931-2), Independent People (1934-5), Paradise Reclaimed (1960) and Kristnihald Undir JÃ¶kli (1968).

GljÃºfrasteinn was his home and workplace from 1945 until his death in 1987. It is now a museum dedicated to his memory and works.

SnÃ¦fellsjÃ¶kull - The Journey to the Center of the Earth.

Jules Verne was a visionary French writer who predicted, among other things, space travel and submarines, long before either of those became real things. Less accurately though, he thought the earth was hollow and full of monsters. He also thought you could reach this hollow wonderland through tubes from the mouths of volcanoes. (He does not, however, explain why you would ever want to).

In the Journey to the Center of the Earth, he chose SnÃ¦fellsjÃ¶kull, a glacier/volcano in the west of Iceland as the point of entry for the team of explorers. This story was recently adapted into a movie, filmed partly on site, starring Brendan Frasier and the promising Icelandic actress Anita Briem:

Mount Doom â The Lord of the Rings

J.R.R. Tolkien was an English university professor who wrote a number of books about a country that doesn't exist. So what's the Iceland connection? Are we reaching here? You tell us. 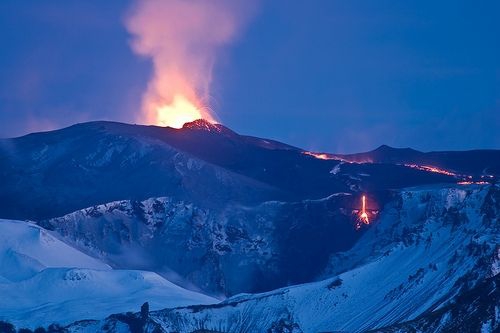 You know in retrospect, it's probably pretty appropriate that they asked Icelandic singer Emiliana Torrini to sing Gollum's Song, the theme for the Two Towers.

More recently, one Icelandic author who has come to international attention is Arnaldur IndriÃ°ason. His crime novels have been translated into 21 languages and published in 26 countries. His most popular series, numbering 13 and counting, revolves around a detective Erlendur. Arnaldur has been awarded the Nordic Glass Key twice, as well as the UK Crime Writers' Association's Gold Dagger in 2005. The novels take place all over Iceland but they probably give a misleading picture of the country, since it actually has an incredibly low crime rate.

His novel MÃ½rin was adapted into a motion picture in 2006 under the name Jar City, to some international acclaim.

The voice of the new generation, Hugleikur Dagsson, was born in Akureyri in 1977. Akueyri is the biggest city in the north of Iceland. In 2002 he graduated from the Iceland Academy of Arts and started publishing minimalist, pitch-black-satire comics in book form. Since then he has written 15 such comic books, three award winning plays, as well as appearing on radio and decorating the Icelandic telephone book twice. Three of his books have been translated into English and published by Penguin Books under the names Should You Be Laughing at This? (2006), Is This Supposed to be Funny? (2007) and Is This Some Kind of Joke? (2008). His work is characterised by extremely satirical feminist, anti-establishment social commentary, and by far most of it is as sexually and violently graphic as stick figures can be.

He publishes this blog under the English monicker Hooligan, a play on his real name. Be forewarned it is extremely explicit and extremely funny! 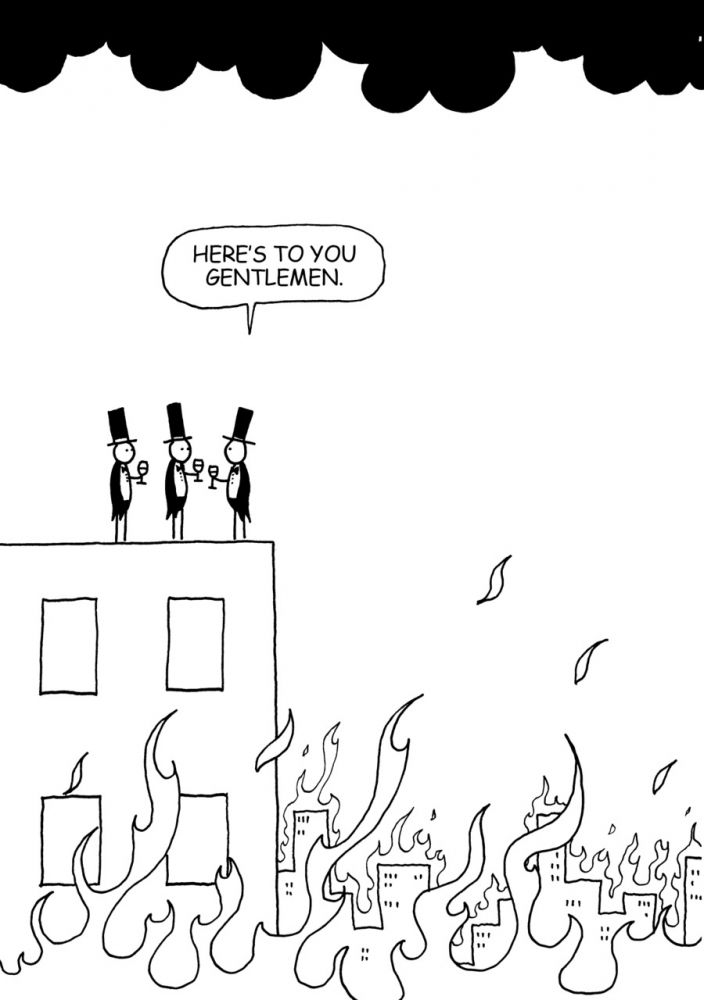