Iceland is responsible for more than 1/3rd of all the fresh lava on earth!

1.     Iceland is one of the most volcanic places on earth. Iceland has about 150-200 volcanoes, dormant or active. This is because it’s situated on the creatively named “Iceland Plume” between the tectonic plates of America and Eurasia. Tectonic boundaries exist all over the earth, feeding fresh magma to the surface, and they create for instance Hawaii and Reunion island, but by far the biggest island caused by this process is Iceland!

2.     Iceland is divided in two by volcanoes. The east of the island is on the Eurasian tectonic plate, and the West is on the American one. In fact, Iceland also has a “micro-plate” in between the other two, all to itself. 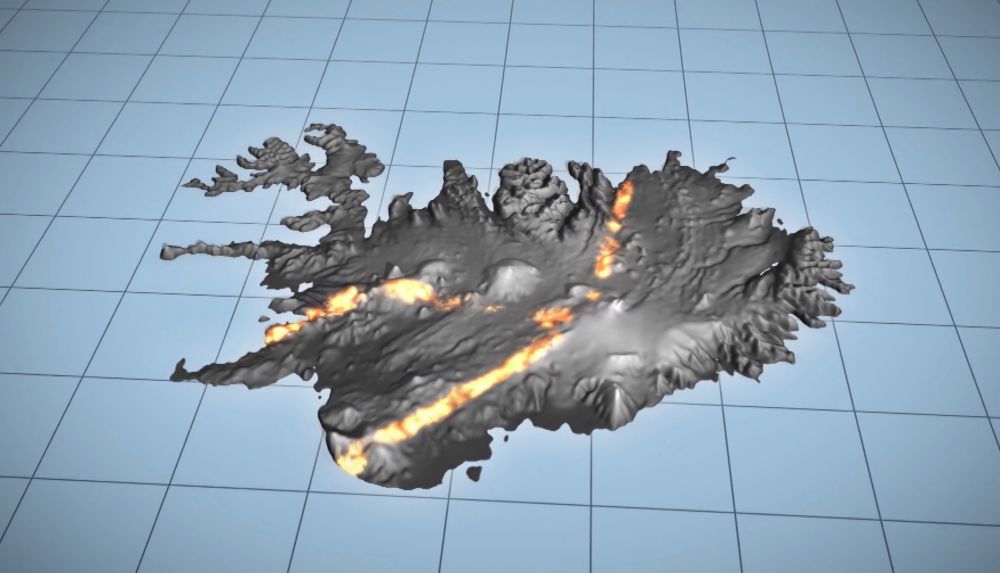 3.     Iceland's volcanoes are running east! There are 22 active volcanoes in Iceland, of which 13 have erupted since the Vikings settled here in 874. The exact number of volcanoes is a little tricky to pin down, since many volcanoes can belong to a single “volcanic system,” and also all the systems are moving west over time. 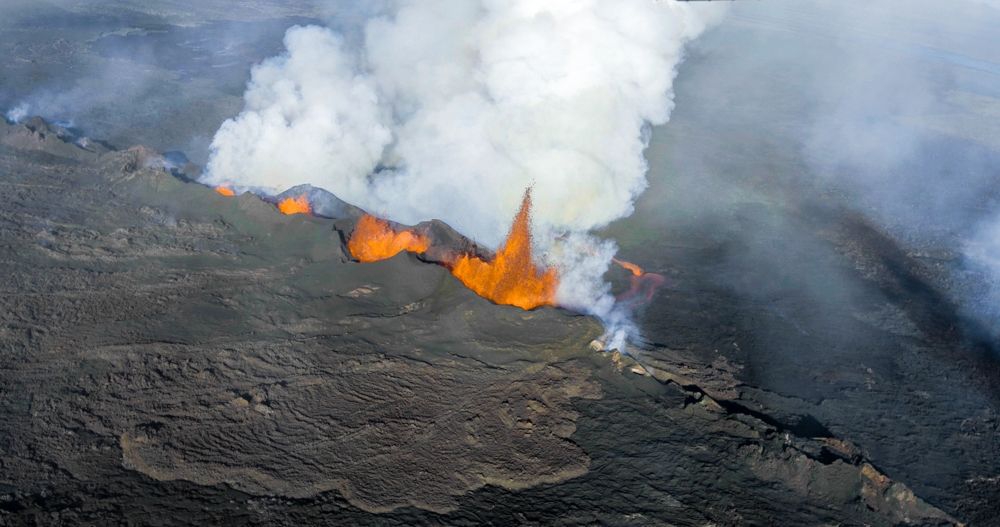 4.     Since 1500 AD, Iceland is responsible for more than 1/3rd of all the fresh lava on earth! Earth’s biggest eruption of the last 250 years, measured by volume of lava, was Bárðabunga in 2014-15 – the eruption went on for 6 months and produced a stunning 85 km2 of lava – covering an area greater than the island of Manhattan!

5.     Before that, the biggest (tholeiitic) eruption in recorded history was the 1783-4 eruption of Laki, which is just a little further south. The Laki eruption must have been quite the sight if you were standing at a safe distance – it created 370 km2 of lava in only 50 days!

The ash created darkened the sky over Europe for years(!) The darkness caused crop failures all over the continent, creating a famine that is rumoured to have caused the French Revolution! In Iceland, 25% of the population died from the volcano and famine, and the King of Denmark (who also ruled Iceland at the time) suggested just moving all the 37.000 survivors to Jutland.

6.     The most famous volcano in Iceland is probably Eyjafjallajökull (say it with me: Eyja-fjalla-jö-kull) because it disrupted air travel in Europe for some weeks and months in 2010. However, we should all remember that Eyjafjallajökull is, in volcanic terms, the little brother here in Iceland. Less-known explosive volcanoes like Laki and Katla are the ones to really look out for – and Katla is a few years overdue for an eruption(!) 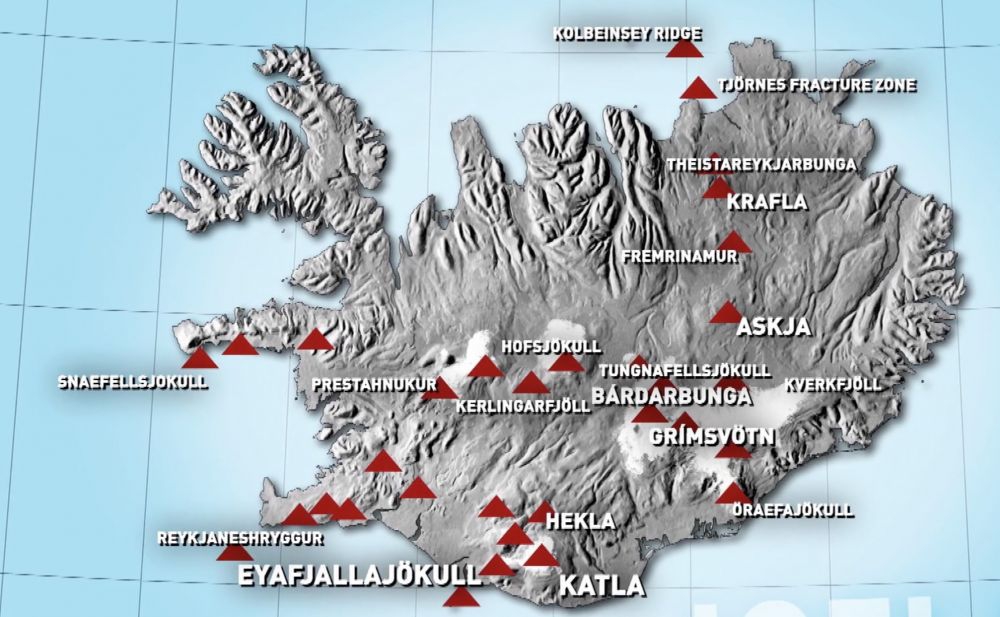 7.     99% of Iceland’s surface is made up of volcanic rocks. In fact Iceland is so young that there are no metamorphic rocks (modified by heat and pressure) here at all – the oldest rocks in Iceland are only 20 million years old, which is very young compared to the rest of the earth.

8.     The only time in modern history that we’ve had a chance to observe the formation of a volcanic island is in the Surtsey eruption of November 14, 1963. This is when an eruption at a depth of 130 meters below sea level reached the surface to create the island of Surtsey, near the Westman Islands.

Surtsey has been incredibly valuable to scientists observing how life comes to settle a new piece of land. For this purpose, it was immediately given protection by law, so only scientists can travel there, and only if they have a good reason. Surtsey is one of the very youngest islands in the world and also the southernmost point of Iceland.

9.  Worldwide, the average heat produced by the soil is 65mW/m2. If this means nothing to you, welcome to the club. Think about it like this: if you wanted to use a normal vacuum cleaner of 1500W, you would have to convert all the energy from 23.000 m2 of land(!) In Iceland, the average heat flow is 175mW/m2 and up to 300mW/m2 – 5 times more than earth’s average. And that’s just the surface energy: the power is much greater deeper down. This is how Iceland has been able to build one of the very cleanest systems of energy on earth.

10.  Due to Iceland’s unusual combination of volcanoes and glaciers, you quite regularly get an eruption under a glacier. The pressurised, fast-cooling lava does not have time to crystallise, so it becomes a shiny kind of black rock called obsidian, which is actually a kind of volcanic “glass.” In other places, you get forms of “rock” that are really just compressed ash, such as in the Reykjanes peninsula.

11.  All forms of volcanic architecture are represented in Iceland, from the shield volcano (Eyjafjallajökull), to the stratovolcano (conic form like Hekla), but also the caldera volcano (an empty magma chamber that has collapsed) such as Krafla.

12.     Another major volcano is Hekla, in the southern highlands. In the middle ages, it was commonly known as the “gateway to Hell” in Europe. Hekla and Katla are also common girl's names in Iceland. Make of that what you will about Icelandic volcanoes (...or Icelandic women).

This article is written by Morgan Tournadre, who writes a French-language blog about life in Iceland. 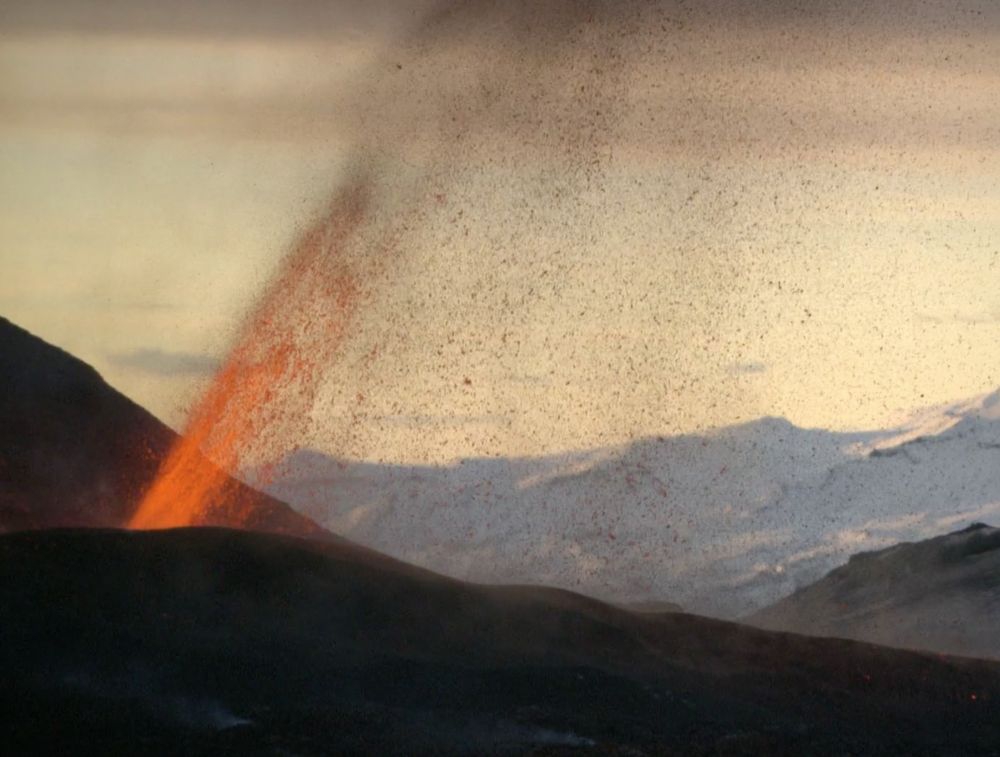