'All Kinds of Everything for Losers'

Despite being run by this colourful character and his band of friends, Reykjavik still stands

The spring of 2010 was special to say the least in Icelandic politics. In the 18 months that had passed since the economic crash of October 2008 the Icelandic people had been stumbling through the stages of grief, many were stuck in anger and there was an outcry for change in the political scene. The four settled political parties in the country had undergone what to some seemed like a quick wash and the three parties mostly to blame for the crash were stuck in pointing the finger at each other.

The Best Party in Town
Situations like these create a golden opportunity for those inclined to join the game, so to speak. Never before in the history of democracy in Iceland had there been a stronger outcry for an "out with the old, in with the new" cleansing spree. It was under these conditions that Besti Flokkurinn (English: The Best Party) was formed towards the end of 2009. When Besti Flokkurinn announced in late 2009 that they were entering the elections for city council in Reykjavik, first responses indicated that this would be something else. Besti Flokkurinn got 3% in a Gallup Poll just after they joined the race and by the end of April they were up to an astonishing 23,7%. The election took place on May 29th 2010. Opponents from other parties had up until then been secretly (some even openly) wishing for the joke to end. They were in for the disappointment of a lifetime. Besti Flokkurinn got 34,7% of the votes and six of fifteen members on the council. 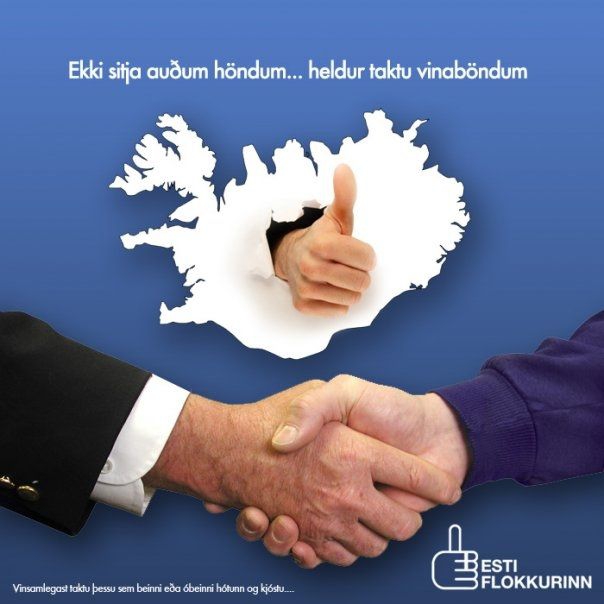 Their leading man and candidate for mayor was well known for many things in Iceland before Besti Flokkurinn won the election. Politics was not one of them. This actor/writer/comedian named Jon Gnarr first became known for his comic radio shows in the mid 90’s and later diverged into making sketch based TV-shows. His trademark is a very satirical sense of humour, a complete lack of political correctness and utter disrespect for norms and traditions. In other words, everything a growing mayor needs. For example, the issues Besti flokkurinn emphasised during their campaign were based on the following:
• Helping the homes in the country
• Improving the situation of the less fortunate
• Ending corruption
• Installing equality in the society
• Improving transparency
• Establishing an active democracy
• Wiping out the debts of everybody
• Free bus tickets for students and losers
• Free dental service for children and losers
• Free admittance to swimming pools for everybody
and free towels
• To bring justice upon those responsible for the
economic crash
• Complete gender equality
• To pay more attention to women and old people
And if you aren’t laughing already, their slogan “All kinds of everything for losers” should at least put a smile on our face. Now, how in the world did a party with this agenda manage to get 34,7% of the votes in general elections? It is amazing what can happen when people are disappointed and angry. But regardless of how and why, this is what the people voted for and this is what they got.

So, what kind of mayor is Jon Gnarr? It depends on who you talk to (goes a bit without saying). To the self-acclaimed “serious politicians” in Iceland, he is a joke. But not just a joke, a dangerously idiotic fop without a clue in Hell of what it takes to run a city of 120.000 inhabitants and very likely to run the city to ruin. I guess for people that are used to making trained speeches and are experts on using fancy words on meaningless stuff, a mayor that claims half way through his time in office that his party´s biggest accomplishment is that they don’t badmouth other people is… well… irritating to say the least. And the irritation is understandable, try for a moment to put yourself in their shoes: You have from an early age been groomed by the political party of your choice (or your parents’ choice) to become a member of either city council or parliament. You have spent years or decades training and preparing for a race in a game where the rules are given and you think you know them by heart. You attended the right schools, achieve the appropriate degrees, choose a fitting career, you even opt for a life partner that will hopefully look good on interview photos and for what? To lose an election to a guy that attends public functions dressed as Obi-Wan Kenobi? 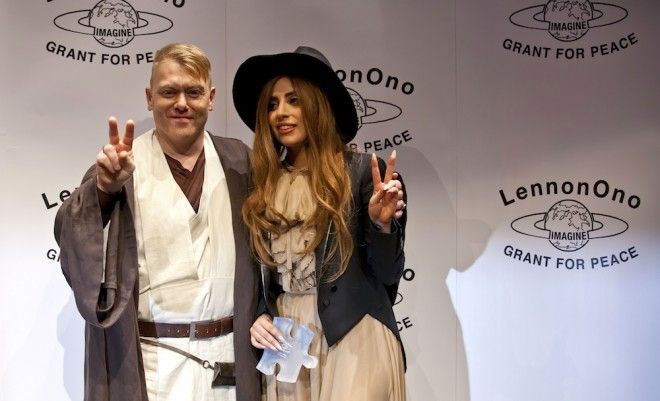 Joke or No joke

Oddly enough, despite being run by this colourful character and his band of friends, Reykjavik still stands. All services are still being provided, the economy of the city is not prominently worse off than before, the wheels are still in motion. Granted, according to the latest polls, support to Besti Flokkurinn has plummeted, but that is more often than not the case towards end of term where the dominant party of the council is concerned. Whether or not Besti Flokkurinn will run again in 2014 is uncertain. There are probably powers in Iceland working hard to make sure this gag doesn’t run twice in a row. But joke or no joke, everybody remotely connected to a political force of any kind in Iceland should let this be a lesson to them. This is what can happen if you get too comfortable. As for Jón Gnarr, he is without question one of the best actors, screenplay writers and directors of comedy Iceland has ever had. Maybe we will never know if he wrote the events of spring 2010 beforehand or if him becoming mayor of Reykavik was the result of the biggest improv in the history of comedy in Europe. It doesn’t really matter. This was one for the books. 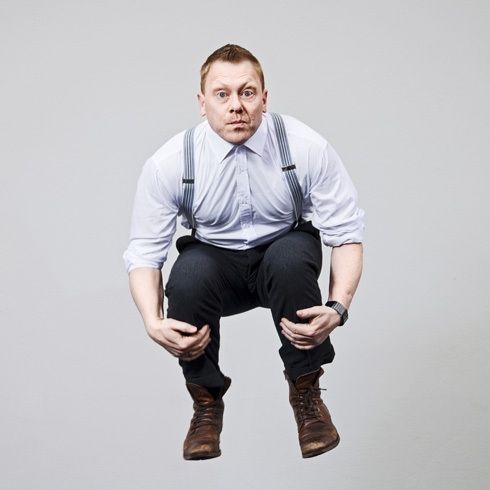